I received media passes for the advanced screening of Disney/Pixar’s INSIDE OUT. No other compensation was received. Thoughts are my own. 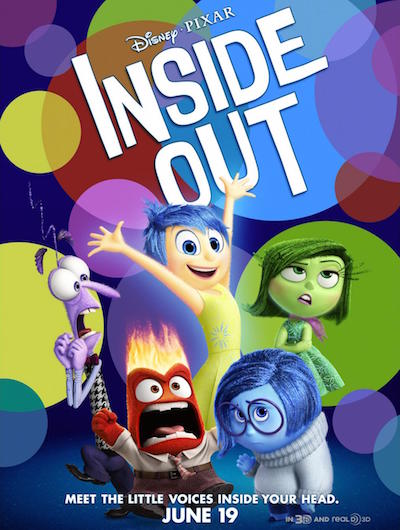 So last Monday, I had the opportunity to watch the INSIDE OUT advance screening. I’ve been watching the trailers and clips released by Disney/Pixar on Youtube and it seemed so interesting how they imagined our emotions and their interaction in our minds.

From an adventurous balloon ride above the clouds to a monster-filled metropolis, Academy Award®-winning director Pete Docter (“Monsters Inc” and “Up”) has taken audiences to unique and imaginative places. In Disney•Pixar’s original movie “Inside Out,” he will take us to the most extraordinary location of all—inside the mind. 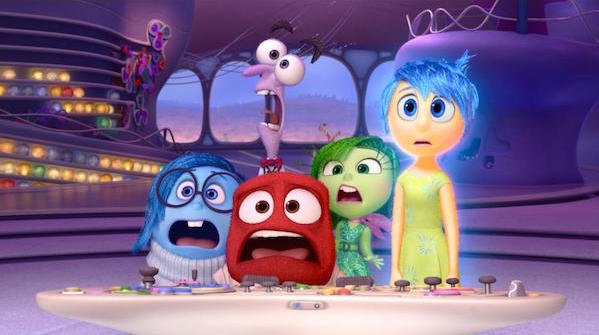 Growing up can be a bumpy road, and it’s no exception for Riley, who is uprooted from her Midwest life when her father starts a new job in San Francisco. Like all of us, Riley is guided by her emotions – Joy (Amy Poehler), Fear (Bill Hader), Anger (Lewis Black), Disgust (Mindy Kaling) and Sadness (Phyllis Smith). The emotions live in Headquarters, the control center inside Riley’s mind, where they help advise her through everyday life. As Riley and her emotions struggle to adjust to a new life in San Francisco, turmoil ensues in Headquarters. Although Joy, Riley’s main and most important emotion, tries to keep things positive, the emotions conflict on how best to navigate a new city, house and school.

Though I’ve watched the featurettes and read the press releases about this movie, I must admit that I still did not expect how the movie turned out. And I mean that in a good way. In the best way. Those featurettes, video clips and press releases are just the tip of this awesome iceberg of a movie. Here’s one of my favorite scenes:

Everyone in the theater was laughing out loud at Anger’s quip about San Francisco ruining pizza! LOL! I mean, we are in the San Francisco Bay Area after all!

INSIDE OUT is sure to be a hit not just for kids but also for adults. In fact, adults might even like it much more than kids would, because they’ll understand the movie on a deeper level and see the significance of each event that transpires inside Riley’s mind.

So I guess my point in all this is that INSIDE OUT is definitely a must-watch! Whether you have kids or not, you won’t regret going to the theaters to see it!

Click on the image below to download a PDF file containing 5 recipes inspired by each of the emotions in the movie! 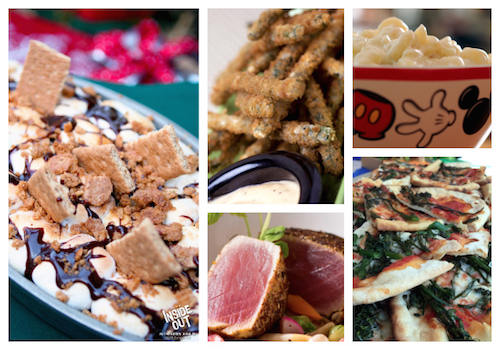 INSIDE OUT opens in theatres everywhere on June 19th!

I received media passes for the advanced screening of Disney/Pixar’s INSIDE OUT. No other compensation was received. Thoughts are my own.