Like I’ve said in some of my previous posts, I love being able to try different gadgets that are currently available in the market. And for the past 2 weeks, I have been using the Samsung Galaxy Note II — one of the best Sprint phones. 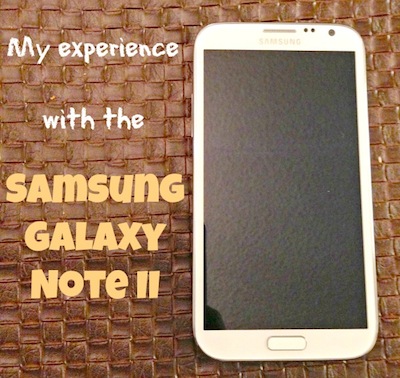 Unlike other Sprint phones, the Samsung Galaxy Note II is a hybrid of 2 different types of devices — it’s both a large phone and a small tablet.

It’s actually the largest phone that’s being offered out there as far as I know. And that’s why they say that with this “superphone”, you’re getting the best of both worlds. It has all the features that one would expect from Sprint phones, and all the functionalities of a tablet. Here are the specs of the Samsung Galaxy Note II (Sprint):

As you can see, this phone has almost everything every techie person would want — a large display with a good screen resolution (could be higher though), an advanced processor, and great battery life.  But here are the things I like about the Sprint Samsung Galaxy Note II. These are from me as a mom and not as a geek/techie type of person.

1. The large display. Obviously, this is the first thing anyone will notice of the Sprint Samsung Galaxy Note II. My husband and my son both always try to get this phone off of my hands so they can do their video browsing on it instead of on another phone. With a 5.5-inch display size, this is perfect for watching videos, reading ebooks, and playing games!

3. The accuracy and the quick response to my touch. I’ve been playing quite a number of games on this phone and I love its precision — which is crucial when playing games.

4. The S Pen. Oh I just love how accurately it interprets my handwriting! For someone who doesn’t have really good penmanship, I’m surprised it doesn’t confuse my letters! The pen is also great for when you need to take notes and typing isn’t always the best option.

5. The fast 4G speeds of LTE on Sprint phones. Who doesn’t love speedy internet??? I love it when we get to an area that has Sprint 4G LTE coverage because I can browse the internet at great speeds!

Here are a couple of photos of the Samsung Galaxy Note II beside my iPhone 5. 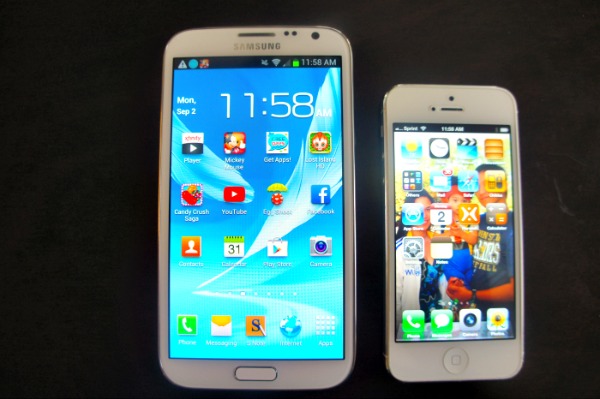 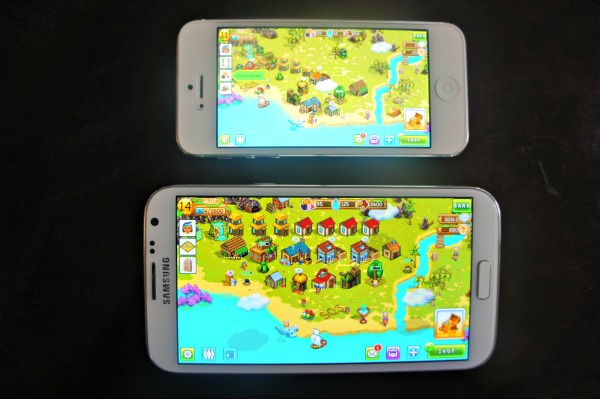 All in all, I can say that the Sprint Samsung Galaxy Note II is an awesome phone! The fact that it’s also a tablet makes it a top of the line choice for me!

BUY IT! The Samsung Galaxy Note II, as well as other Sprint phones, is available both in Sprint stores and at Sprint.com for $249.99 with a 2-year contract. It’s quite a bit pricey but it’s because of all the features that aren’t present in other phones in the market today.

WIN IT! Get a chance to win a 16GB White Marble Sprint Samsung Galaxy Note II! Click here to enter!

So what feature of the Sprint Samsung Galaxy Note II do you like the most?