Superheroes are a timeless part of American media. Many companies are eager to use the nation’s, and the world’s, love of superhuman beings to create movies, shows, and other art for fans who lap it up. One series that has come out of this superhero surge is DC’s Stargirl, published on the CW Network. 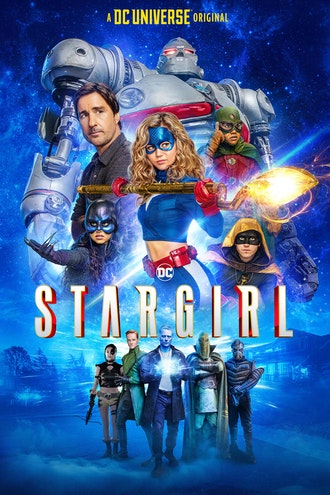 Executive producer Geoff Johns has held true to the comic’s origin story and ability set, which may be a reason fans are enjoying it and the show receives high ratings. After the initial run in the summer of 2020, CW began to work on Season 2, set to release in 2021. Here are a few key points from the first season for those who want to catch up on what they’ve missed.

The series Stargirl takes place in Blue Valley, Nebraska, where an unhappy Courtney Whitmore has transplanted after growing up in Los Angeles. The move’s initiator is Courtney’s new stepfather, Pat Dugan, who has many secrets to hide from his family. Soon after the move, Courtney discovers some of those secrets, namely a former identity and what may be a clue to her father.

In episode two, Pat gets the chance to explain to Courtney that he used to be a sidekick to a superhero called Starman. By the end of the episode, Courtney has chosen to take up her stepfather’s former partner’s legacy and become the eponymous heroine, Stargirl. Pat leaves retirement to work with and protect her as some of his old enemies begin to come out of hiding.

By plucking this teenage hero out of the pages of DC books, the show has given the character a chance to develop her own story. The lack of comic information beyond origins and abilities allows the writers to flesh out Courtney and Pat’s personalities, along with Courtney’s mother Barbara and Pat’s son Mike.

As a joint effort between DC and the CW network, the higher budget and intricate props have paid for themselves. The first season was well-received in the superhero-loving fanbase, and excited viewers are looking forward to what the next season has in store.