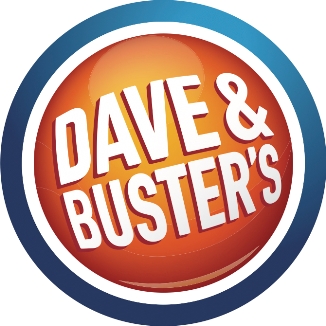 I’m excited to announce that I’ll be having a giveaway soon for gift cards to Dave & Buster’s — the country’s BEST place for games, entertainment, food and drink! I’ll have my giveaway post up by this weekend. But just wanted to let you know about this awesome promotion they currently have running until July 29th.

Dave & Buster’s has just introduced a new weekday promotion for the entire month of July, and it’s guaranteed to save families money (and their sanity). The Dave & Buster’s July Weekday Pass allows kids (and kids at heart) to play unlimited games on weekdays in July for just $50. That’s just a few bucks a day!

This is the perfect opportunity for kids and adults to enjoy the new games they’ve launched without breaking the bank. New games at Dave & Buster’s include the GHOSTBUSTERS Arcade. My son’s favorite stop when we went there 2 weeks ago was the Mario & Sonic at the Rio Olympic Games Arcade. 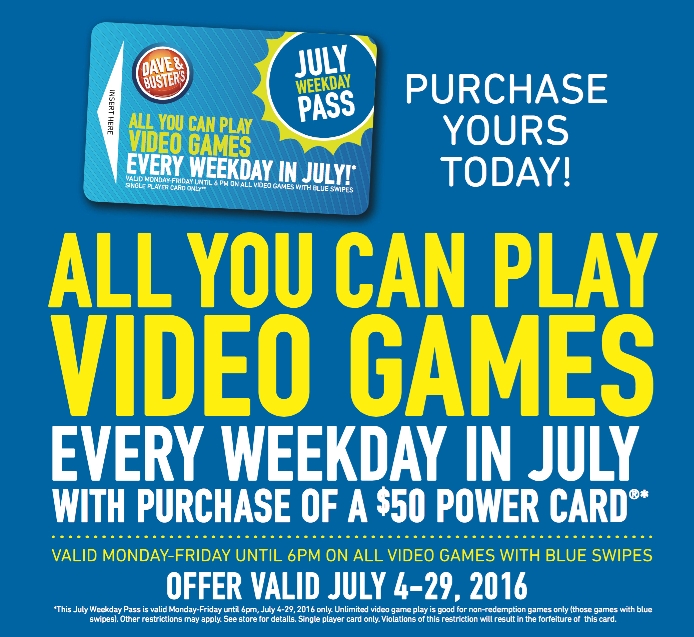 Not sure if you can see the fine print in the image above but it says “This July Weekday Pass is valid Monday-Friday until 6pm, July 4-29, 2016 only. Unlimited video game play is good for non-redemption games only (those games with blue swipes). Other restrictions may apply. See store for details. Single player card only. Violations of this restriction will result in the forfeiture of this card.”

Dave & Buster’s is the perfect fun-haven for families during the dog days of summer! I absolutely love going there to shoot some basketball, play Wheel of Fortune, and test my reflexes and hand-eye coordination in that one game they have where you press the button when the right color comes up (sorry, not sure what that game’s called but it’s fun and really challenging). 🙂

When was the last time you went to Dave & Buster’s? Watch out for my gift card giveaway soon!