I am a Fox Home Entertainment Insider and I received the DVD for promotional purposes. Thoughts are my own. 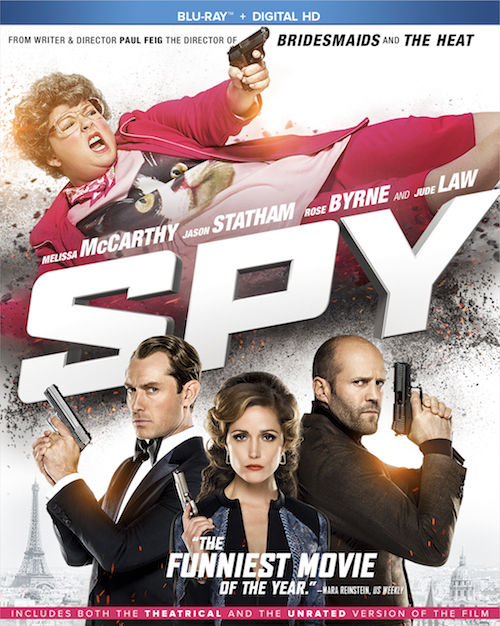 My husband and I love watching action and comedy movies. And SPY, which was adored by critics who gave it an astounding 95% fresh rating on RottenTomatoes.com, is one of those movies that will make for a fun movie date night.

Queen of Comedy Melissa McCarthy “in her funniest movie yet” (according to LeonardMaltin.com) embarks on the mission of a lifetime as secret agent Susan Cooper in SPY. The September 29th Blu-ray release will include two versions of the film – Theatrical and never-before-seen Unrated Cut. The DVD will feature the Theatrical version. Both the Theatrical version and Unrated Cut of Spy will also be available on Digital HD September 4th.

The global ensemble cast features Jason Statham, Jude Law and Rose Byrne who deliver hysterical performances in this summer blockbuster hit that totaled over $100 million in the domestic box office. 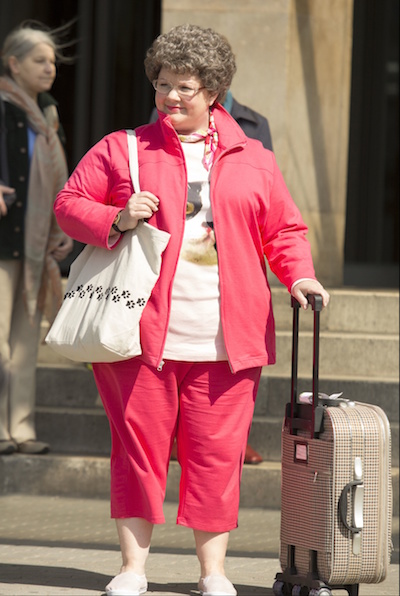 McCarthy is armed and hilarious in this “outrageously entertaining” (according to Rolling Stone) comedy hit from director Paul Feig (The Heat, Bridesmaids). Deskbound CIA analyst Susan Cooper is about to become the world’s newest — and unlikeliest — secret weapon. When her partner (Law) falls off the grid and another top agent (Statham) is compromised, Susan volunteers to go deep undercover and bring down a deadly arms dealer. Loaded with wise-cracking action and adventure, SPY is a mission impossible to resist!

Unlike Susan’s absurd yet effective secret agent gadgets, the SPY Unrated Blu-ray™ can barely conceal its massive amounts of bonus features, including two gag reels, fifteen alternate scenes and an all-new Unrated Cut with an extra 10 minutes! With more than two hours of never-before-seen footage, fans of the film will be able to join the fun on set as the cast cracks up while doing Feig’s bidding, learn just how handsy the world of espionage can get for McCarthy, and see just how all those bats made it into the CIA Headquarters and onto Susan’s desserts! 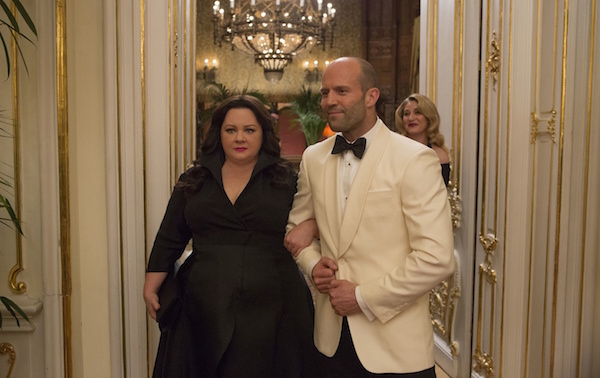 And don’t forget to check out the 15 classified alternate scenes and three redacted scenes, featuring Jason Statham as you’ve never seen him and outrageous performances by the rest of the cast, including Miranda Hart, Allison Janney, Bobby Cannavale, Peter Serafinowicz, and 50 Cent. Fans can also join the filmmakers, including Feig and producer Jessie Henderson, as they talk about how the summer’s funniest film came to life while you watch it.

SPY UNRATED BLU-RAY™ SPECIAL FEATURES: Unrated Cut, 3 Redacted Scenes, 15 Classified Alternate Scenes, Top Secret Gag Reel, Extra Top Secret Behind-the-Scenes Gag Reel, Director of Intelligence Feig Makes the Cast Do His Bidding, Susan and Her Men, Super Villain Rayna Can’t Keep it Together, Super Vermin, The Many Deaths of Anton, The Trouble With Covers, The Great Rick Ford, For Your Eyes Only: Jokes-A-Plenty, The Handsy World of Spies, Speaking is an Art Form, Super Villains of the Animal World, How Spy Was Made – 8 Behind the Scenes Featurettes, Gallery, and The Filmmakers Tell You How Spy Was Made While You Watch The Movie! aka The Commentary Track (Jessie Henderson, John Vecchio, Paul Feig, Robert Yeoman, Walter Garcia) 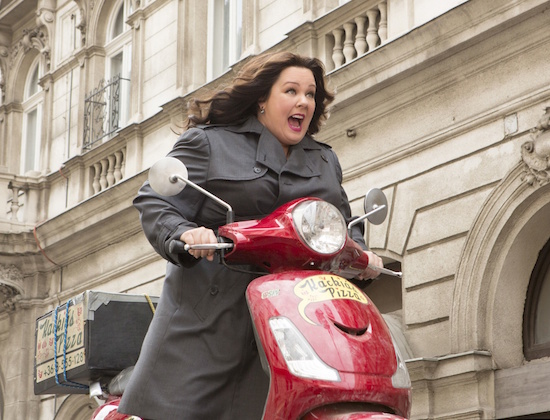 One lucky winner will receive a Blu-Ray DVD copy of SPY!

Giveaway is open to US and Canada residents who are at least 18 years old. Void where prohibited by law. Giveaway ends on September 23 at 11:59pm EST. To enter, use the GiveawayTools form below. Good luck!

I am a Fox Home Entertainment Insider and I received the products mentioned above for promotional purposes. Thoughts are my own. I am not responsible for prize fulfillment.