These past few months, I’ve been telling my husband that I’d love to get a new phone. I must admit that the commercials I see on TV has got me curious about the newest phones that have come out recently. Plus, I think it’s time for me to replace my current phone. So imagine my delight when I was offered an opportunity to review the HTC One M9 on the Verizon network. 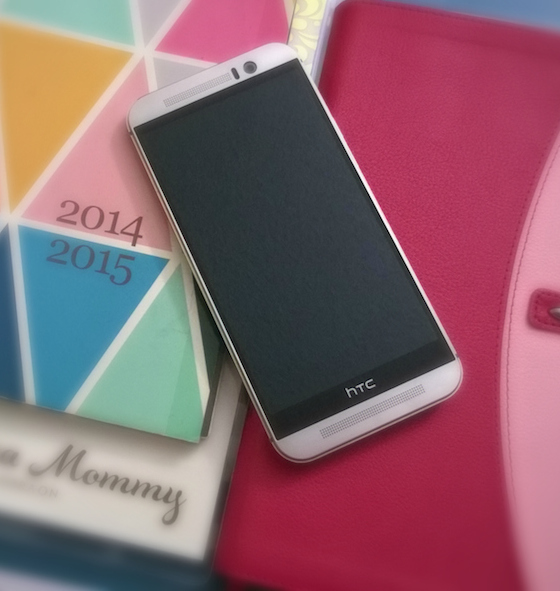 The HTC One M9 is available for $199.99 with new 2 year activation. You can also get the smartphone for $24.99 per month for 24 months with Verizon Edge. Now I’ve been using this phone for a month now and I really love it! It’s fast, very responsive, classy, intuitive and innovative.

But to make it easier for you, I’ve narrowed down my “pros” list to seven. So here you go — 7 things I love about the HTC One M9 phone!

Okay, the HTC One M9 features an all-metal design and is available in dual-tone Gold-on-Silver or Metal Gray color models. I chose the Gold on Silver because I like lighter-colored phones. Plus, who else has a phone with 2 colors? I really like the brushed metal look which makes it seem so simple yet classy.

I also liked that it has a five inch screen. You see, one of the things I’ve told myself I should look for in a phone is a screen size of at least 5 inches because I use a lot of apps and play a couple of mobile games. I don’t want to have to squint my eyes just to read or see the apps I’m using. And the HTC One M9 has exactly that — a five inch screen that would allow me to see the apps without having to exert much effort! 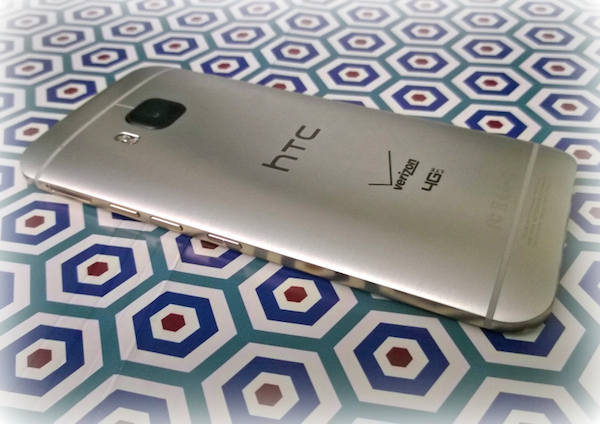 I usually ask my husband to take photos of me for fashion posts, and he hates it because he feels like his shots are never good enough. Unfortunately for him, I had to ask him again last week to take pictures of me because I was doing another post.

Using the HTC One M9 as our camera for that shoot, he noticed that the photos were a lot better than the ones we’ve taken using the camera of my previous smartphone. The resolution is a lot higher so even if he shoots at a distance, we can still get clear and crisp images. So, yeah, I guess I can say that the HTC One M9 has helped boost my husband’s confidence in taking photos.

Moving subjects aren’t an issue anymore with the HTC One M9. Just press and hold the camera shutter button and it will take multiple photos. Take your finger off the button on screen and it will show you the series of photos it took (up to 99) so you can choose the best photo. Want to take a photo while taking a video? That’s possible with the HTC One M9 too! I know this isn’t exactly a new feature for phones but I know that a lot of phones out there still don’t have that function.

Thanks to its 20-megapixel rear camera, I can crop out a huge part of the shot without having to settle for pixelated images. The HTC One M9 also has an Ultrapixel front facing camera, and built-in advanced editing tools. And while I wouldn’t say that this replaces a DSLR camera for more professional photos, I can say that the HTC One M9 is a step above most other phones in terms of the many things you can do with the camera.

I do a lot of music and video streaming on my phone so a good quality speaker is important to me. The HTC One M9 features the HTC BoomSound™ – front-facing dual speakers with Dolby Audio™ surround and built-in amplifier.

Now I’m not as good as my husband when it comes to identifying what needs to be heard when listening to music. But as a musician and a sound technician at our church, he says that he likes the way music is produced in the HTC One M9’s speakers. And because the speakers are front-facing, I don’t have to flip my phone around whenever I need to hear some music — which sucks if I’m trying to watch a video.

Of all the things in this list, this is probably one of the most important ones for me. I usually get bored easily when my phone has looked the same thing since the time I got it. But that shouldn’t be a problem with the HTC Theme app. You can customize your phone’s look depending on your mood. And I’m not just talking about the wallpaper photo here. I’m saying you can customize the color schemes and even the font used on your phone.

You can choose from hundreds of beautiful themes to find the ones that fits your mood for the week (or for the day). My theme for now is one of the Avengers themes available on the HTC. I just did a few customizations on it which was really easy to do.

You can also create custom menus so that when you scroll to the left (from the home screen), you don’t just get random apps. You can customize “Home”, “Work” and “Out” so that you can change the list of apps on that page with the ones you usually use depending on your location.

Another useful customization for me is the use of 2 clocks on the home screen — one for San Jose, CA and the other for Manila. This is so I won’t have to guess if it’s a good time for me to call my mom over there. This particular customization, I believe, is available on most Android phones though. 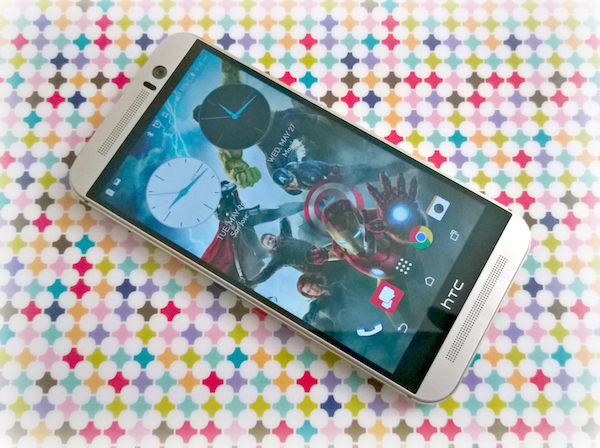 Your purchase of the HTC One M9 gets you UH OH™ protection from HTC. This includes 1 free phone replacement (within 12 months of purchase) for cracked screen or water damage. And in case you never got to have your phone replaced within those 12 months, you will receive a $100 credit towards the purchase of a future HTC One. How awesome is that?!

The HTC One M9 has Advanced Calling 1.0 capabilities so we can enjoy HD Voice and Video Calling to other Verizon smartphones with the same capability. Activating this feature also enables simultaneous voice and data use so customers can talk and surf the web at the same time.

I’ve never tried Advance Calling before the HTC One M9 so when Don of Verizon did a demo of it for me during our meetup, I was impressed. He gave me a call on my old phone and we talked a few seconds so that I can have a baseline. Then he called me again, this time on my new HTC One M9. This second call was definitely clearer than the first call. The sound was crisper and a little louder than the previous one. Pretty impressive!

I’ve had experiences with other carriers and I honestly can say that Verizon has the best coverage. A phone can have all the cool features and the best camera but that means nothing if your phone can’t even get any reception. The HTC One M9 works best on Verizon’s 4G LTE network because, well, you can do so much stuff on it because you know you’ll always be connected wherever you go. No dead spots — at least in all the places I’ve gone to with this phone.

These are just seven things and I know you’ll find more reason to love the HTC One M9 if you give it a try!

BUY IT! The HTC One M9 is available for purchase here.

I received the HTC One M9 for purposes of evaluation. Thoughts are my own. #ConnectSF #HTCOneM9 #VerizonWireless #ThanksUhOh