Worried about ruining your children’s (or your) body clock if you let them do the New Year’s Eve countdown at midnight tonight? Then check this out!

King Julien is hosting his very own kid-sized countdown special on Netflix! You and your family can use this special New Year’s Eve special to do a countdown no matter the time of day!

If your New Year’s Eve countdown is closer to 7pm than midnight, you’re not alone. According to a recent survey from Netflix, a third of parents (34%) admitted they either had or planned to start the party early and fool their kids into thinking its midnight long before the ball drops.

King Julien found out about this and said:
“I was totally bummed when I heard that some of my favorite little party people aren’t allowed to stay up until midnight for the biggest party of the year. But then I realized I’m king; I make the rules! So move over, Ryan Seacrest, I’ve got my very own on-demand countdown party on Netflix. That means the New Years Eve party is always on — just how it should be! What better way to ring in Julien-uary?”

Check out the trailer of King Julien’s NYE Countdown on Youtube! You can also find it on Netflix.com or stream it on your TV! 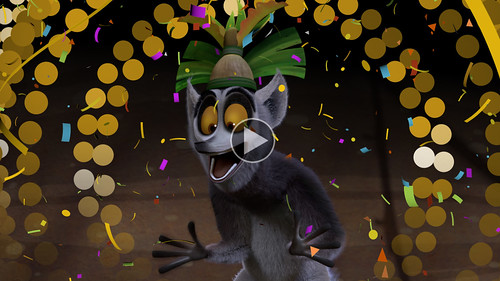 * I am a member of the Netflix Stream Team and I received a subscription as well as other perks for promotional purposes.