SPOILER ALERT! If you don’t want spoilers, skip the part between the Cinderella photo and the video trailer. 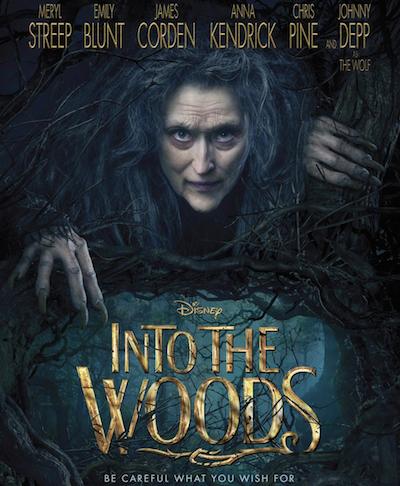 The wait is finally over and INTO THE WOODS (nominated for 3 Golden Globes including Best Picture, Best Actress Emily Blunt and Best Supporting Actress Meryl Streep) will be playing in theaters everywhere beginning tonight!!!

“Into the Woods” is a modern twist on several of the beloved Brothers Grimm fairy tales, intertwining the plots of a few choice stories and exploring the consequences of the characters’ wishes and quests. Starring Meryl Streep, James Corden, Emily Blunt, Anna Kendrick and Chris Pine, “Into the Woods” is a humorous and heartfelt musical follows the classic tales of Cinderella, Little Red Riding Hood, Jack and the Beanstalk, and Rapunzel, all tied together by an original story involving a Baker and his Wife, their wish to begin a family and their interaction with the Witch, who has put a curse on them. 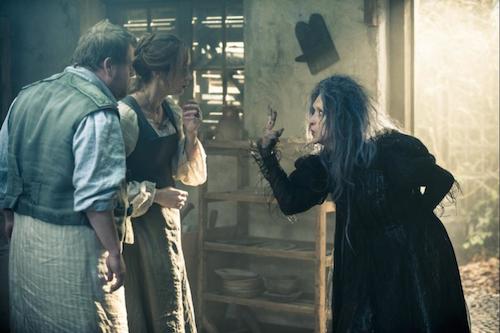 I got to watch the movie last week at an advance screening here in San Jose. And based on the way the viewers reacted during the screening, it seemed to me like a lot of the other people there were theater enthusiasts who have probably seen (or maybe even performed) the musical on stage more than just a couple of times.

The movie starts off with a quick intro to the life of the main characters. They all sing out their wishes — Cinderella wishes to go to the King’s festival, Jack wishes their cow would give milk, and the Baker and his wife wish they can have a baby. Little Red Riding Hood just simply wants to go to her Granny’s house in the woods. All the characters then venture into the woods to start their respective journeys in order to get their wishes fulfilled. 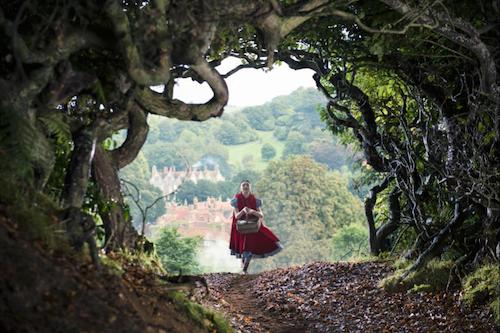 As I have mentioned (probably more than 10 times) before, I love fairy tales because it brings back fond memories of my childhood. And I love it even more when the story tells a different story than what I already know (that’s why I love Once Upon A Time so much).

In Into the Woods, the stories of the individual characters doesn’t really stray from the ones we already know but the story ties them all together so well that I didn’t feel any disconnect as I was watching. 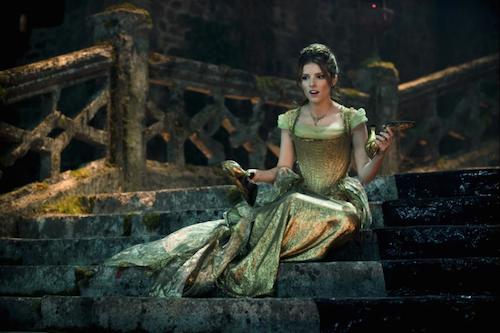 SPOILER ALERT! There may be some details in the next few paragraphs. You can go ahead and skip to the trailer below.

There were lots of funny moments, and it seemed like a lot of people really loved the performance of the Prince and the Other Prince (Chris Pine and Billy Magnussen) as they expressed their deep love for their respective princesses (Cinderella and Rapunzel) in “Agony”.

I guess the only thing I didn’t like about it is that as the movie ended, I was left with questions in my mind. Like, what happened to Rapunzel and her Prince? It was weird to me how her story got cut off when it seemed like she was an important character.

But the singing was great! I honestly didn’t know Emily Blunt and Chris Pine could sing that well!  I already expected that of Anna Kendrick and Meryl Streep but I was still equally impressed by them. The cast did a great job in relaying their character’s thoughts and feelings through their soliloquies and facial expressions.

Check out the trailer below:

Overall, I’d say it’s a good movie, but if you’re bringing your kids, just be prepared to answer questions they might ask because although the characters’ connections are all clear, the turnout of events may elicit a few questions from curious little ones.

In celebration of the movie’s opening in theaters tonight, here are some fun facts on the movie!

INTO THE WOODS is rated PG and will be playing in theaters everywhere starting tonight!