This post is sponsored by Lunchbox. Thoughts are my own. 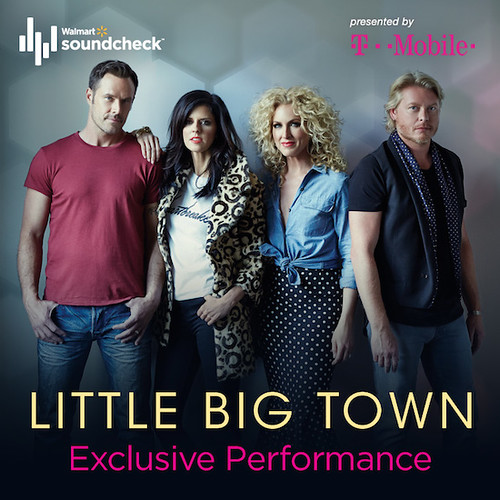 Critically acclaimed platinum-selling group Little Big Town continue the groove from the last album with their newest one, Pain Killer. The band calls it “bold” and “aggressive”, but still all about a good time! Eager to give fans a brand new taste of their record, they sit down with Soundcheck to talk about their beloved Nashville, their songwriting process and much more!

There are 3 Little Big Town episodes on Walmart Soundcheck right now. Episode 1 gives you a taste of the song “Day Drinking” while the band shares the process they went through as they were creating the new album Pain Killer. Episode 2 gives you a preview of “Boondocks” as they describe Nashville, and “Quit Breaking Up With Me” as they describe their new album. In Episode 3, we get to hear “Pontoon” as they describe each other on the road when they do tours, and they sing “Stay All Night” as their closing song.

Now I don’t listen much to country music and the only time I heard of Little Big Town was when Blake Shelton got them as guest mentors on The Voice. I already got curious about them at that time, but it was only through Walmart Soundcheck’s feature on them that I actually watched them perform. And I must say, they’re really good. I love the melodies, the harmony of the voices, and the beats of their songs.

Enter to win a guitar autographed by Little Big Town! 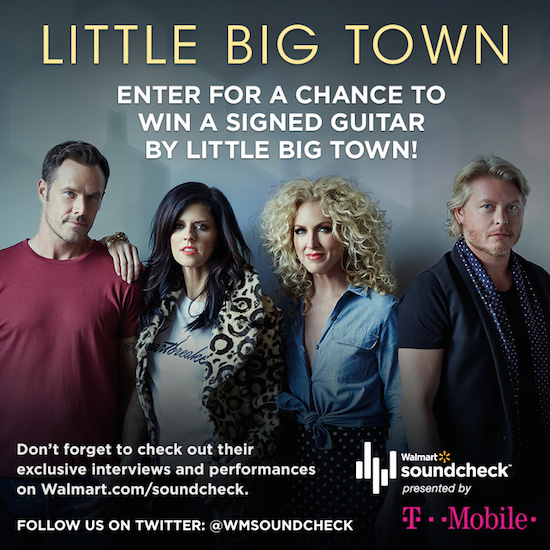 Watch Little Big Town’s live performance for Soundcheck for a chance to win a guitar autographed by the band!

The Sweepstakes ends on November 17, 2014 at 11:59pm PT. Open only to legal residents of any of the 50 United States and the District of Columbia, who are 18 years of age or older. Void where prohibited by law. No Purchase Necessary. To enter, use the Gleam widget below. Good luck!

* This post is sponsored by Lunchbox. Thoughts are my own. I am not responsible for prize fulfillment.