I have been compensated in the form of a Best Buy Gift Card and/or received the product/service at a reduced price or for free. 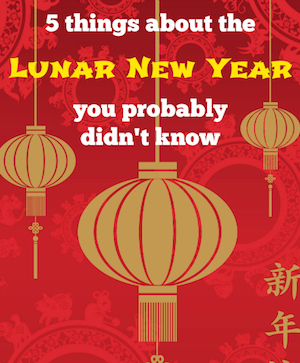 I grew up in the Philippines where the Lunar New Year is celebrated by many Chinese-Filipinos. A lot of Filipino superstitions and beliefs for the usual New Year’s celebration every January 1st are actually adapted from beliefs surrounding the Lunar New Year.

Now here are 5 things about the Lunar New Year that you might not know yet. Although of course if you’re in a city with lots of Asians, you probably already know these!

Best Buy supports events which they believe are of importance to their employees, customers, and communities. And the upcoming Lunar New Year is one of those important celebrations.

For Asians all around the world, including Asian-Americans, Lunar New Year not only celebrates the beginning of the year but also the ending of winter and the anticipated arrival of spring. It is one of the most important holidays celebrated in Asian countries.

This upcoming year, Lunar New Year, which is based on the phases of the moon, falls on February 19th, 2015 of our Gregorian calendar. And Best Buy is helping celebrate the event with an Asian-inspired Gift Card and eGift Card.

These gift cards are available for purchase or gifting from BestBuy.com through February 22, 2015.

To have a gift card shipped to your address, click here.

For an eGiftcard, click here and scroll to the right under the “Occasions” tab until you see the red gift card with the two Koi fish. To order a hard copy of this gift card, click here.

I have been compensated in the form of a Best Buy Gift Card and/or received the product/service at a reduced price or for free.