Disney has released an episode of the Avengers Assemble and an episode of Spiderman on Disney XD with the Guardians of the Galaxy in it and I appreciate that. Those episodes gave me a glimpse of who this group was. But I think it’s fine to just go to the movie theater even without an idea of who they are. The film tells their story perfectly and very clearly so anyone — even those who aren’t Marvel comics enthusiasts — can understand it. 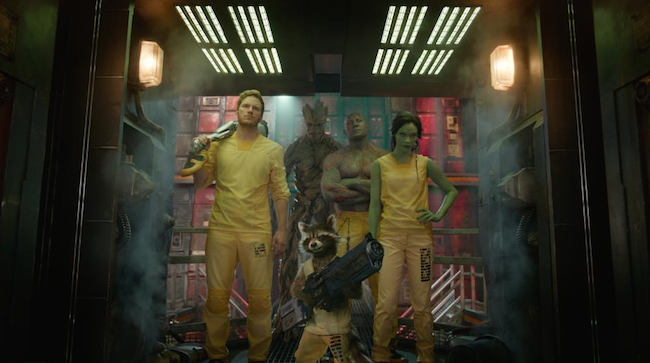 From Marvel, the studio that brought you the global blockbuster franchises of Iron Man, Thor, Captain America and The Avengers, comes a new team — the Guardians of the Galaxy. An action-packed, epic space adventure, Marvel’s “Guardians of the Galaxy” expands the Marvel Cinematic Universe into the cosmos, where brash adventurer Peter Quill finds himself the object of an unrelenting bounty hunt after stealing a mysterious orb coveted by Ronan, a powerful villain with ambitions that threaten the entire universe.

To evade the ever-persistent Ronan, Quill is forced into an uneasy truce with a quartet of disparate misfits — Rocket, a gun-toting raccoon; Groot, a tree-like humanoid; the deadly and enigmatic Gamora; and the revenge-driven Drax the Destroyer. But when Quill discovers the true power of the orb and the menace it poses to the cosmos, he must do his best to rally his ragtag rivals for a last, desperate stand — with the galaxy’s fate in the balance.

As I have mentioned, I was not as enthusiastic about this movie at first. But my feelings completely changed as the movie progressed, and now I think it’s one of the best movies of the year! 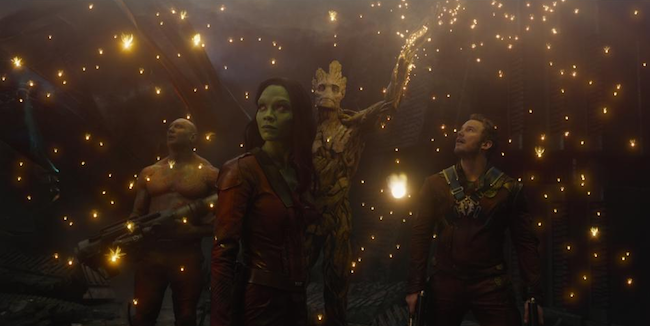 One of the things I really loved about this movie is the music. Most of the songs are from the 70s and is played on a mixtape in Peter Quill’s walkman. Some very popular oldies but goodies played in the movie include “Come and Get Your Love” (Redbone), “I Want You Back” (Jackson 5), and “Ain’t No Mountain High Enough” (Marvin Gaye and Tammi Terrell). These songs are absolutely fun to hear in a Marvel movie set in outer space and they also bring you back to Peter Quill’s roots.

Aside from the music, the effects were topnotch. You’d think that you’ve seen most of outer space with the scenes from Thor and the places where Loki talks to Thanos in previous Marvel movies. But Guardians of the Galaxy shows us that the outer space is a lot bigger than what we’ve already seen! And the visuals portrayed in this movie are absolutely amazing!

I think what also led me to love this movie is that it’s not just all action. It’s not all comedy either. But the creators have found a way to weave action and comedy seamlessly with heart. I found the bond between Rocket and Groot to be very heartwarming and cute. In fact, they’re my favorite characters in Guardians of the Galaxy. Drax is my runner-up favorite because he always takes things literally. 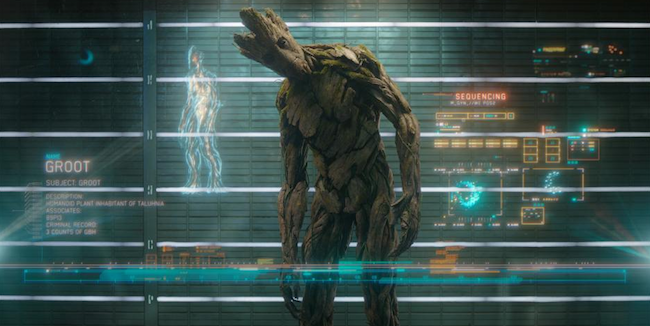 My verdict: Guardians of the Galaxy is a must-see movie!

It’s amazing! I loved the plot, the well-written script, the music, and the effects! I’d even go as far as saying you’ll be missing out on a lot if you don’t watch it, especially if you’re into action, comedy and/or sci-fi movies!

GUARDIANS OF THE GALAXY is now playing in theaters everywhere!

* I received complimentary passes to the advance screening of Guardians of the Galaxy. I was not required to give a positive writeup. Thoughts are my own.

I wrote this post using my new 13″ Toshiba Chromebook!