Disclosure:  I am being compensated as a co-host of this Twitter Party through Bloggin’ Mamas and its advertisers. 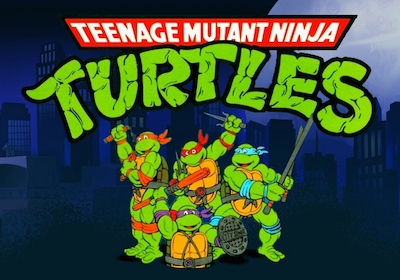 Raphael, Donatello, Michelangelo and Leonardo. Before I found out that these were artists’ names, I first knew them as the Teenage Mutant Ninja Turtles — a crime-fighting quartet of reptiles who love pizza.

Now I won’t pretend to remember everything about the Teenage Mutant Ninja Turtles (I don’t even remember some of the stuff my husband and I talked about yesterday!) But I do remember that my brothers and I loved watching the cartoons and we’d even sing along during the opening credits!

The city needs heroes. Darkness has settled over New York City as Shredder and his evil Foot Clan have an iron grip on everything from the police to the politicians. The future is grim until four unlikely outcast brothers rise from the sewers and discover their destiny as Teenage Mutant Ninja Turtles. The Turtles must work with fearless reporter April and her wise-cracking cameraman Vern Fenwick to save the city and unravel Shredder’s diabolical plan.

Now with the upcoming TMNT movie, we’re holding a #TMNTmovie Twitter Party so we can all chat about what we remember from the show many of us loved! 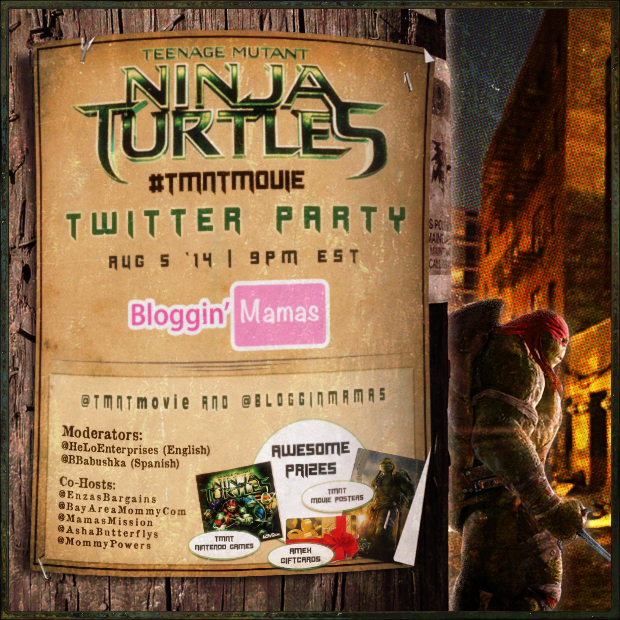 Join Bloggin Mamas & @TMNTMovie as we host the #TMNTMovie Twitter Party on Tuesday 8/5 at 9pm EST!

Prizes: During the Twitter Party there will be a chance to win one of the following prizes by answering various TMNT Trivia. Winners will be selected at random from all eligible entries.

US Residents age 18 and over are eligible to enter. Click here for complete rules and to RSVP!

Join us as we celebrate the new film & talk about your favorite NINJA TURTLES! See you at the party!

Disclosure:  I am being compensated as a co-host of this Twitter Party through Bloggin’ Mamas and its advertisers.