Dusty is headed out on an all-new adventure this summer in PLANES FIRE AND RESCUE and in celebration of this, here are a some fun activities for you and your family to enjoy while soaring through the sky or relaxing in your own backyard. 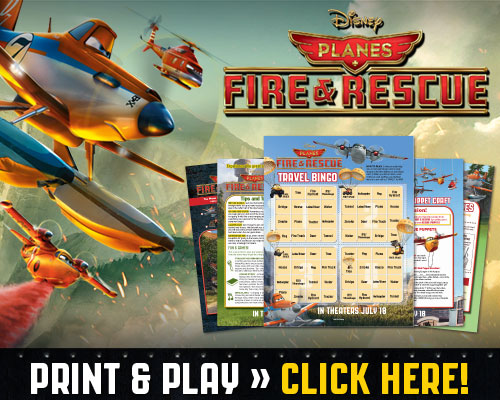