As a Fox Home Entertainment Insider, I receive Blu-Rays/DVDs for promotional purposes. Thoughts are my own.

When I saw the trailer for “The Book Thief” last year, I really got interested in it. I didn’t know that it was based on a novel — perhaps it was mentioned in the trailer but I didn’t notice — but I felt that the plot is something I’d love to watch. Unfortunately I wasn’t able to watch while it was still playing in theaters. But now I’m excited because in just a few days, I’ll receive a copy of the movie so I can finally see it! 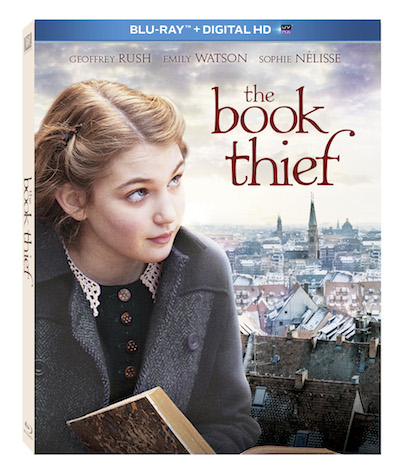 Based on the beloved best-selling book comes an “extremely moving” (Leonard Maltin, Indiewire) story of a girl who transforms the lives of those around her during World War II, Germany.  When her mother can no longer care for her, Liesel (Sophie Nélisse) is adopted by a German couple (OSCAR® Winner Geoffrey Rush* and OSCAR® Nominee Emily Watson**).  Although she arrives illiterate, Liesel is encouraged to learn to read by her adoptive father.  When the couple then takes in Max (Ben Schnetzer), a Jew hiding from Hitler’s army, Liesel befriends him.  Ultimately, words and imagination provide the friends with an escape from the events unfolding around them in this extraordinary, acclaimed film directed by Brian Percival (Downton Abbey).

Now if you want to get more out of the movie, it’s a good idea to discuss it with someone who has seen it too — probably your kids or your spouse — so you can dig deeper and help each other process the movie (and/or the book if they’ve read it too). And here’s a good Discussion Guide that you can use. Simply click on the image below to download! 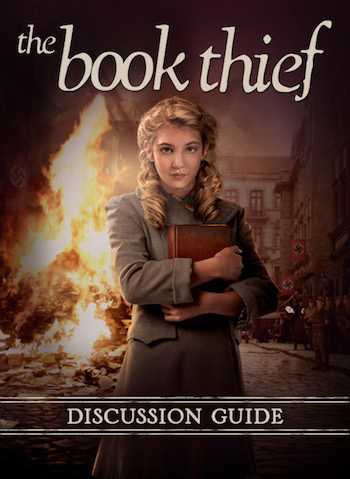 Get a chance to win a Blu-Ray copy of The Book Thief!

Giveaway ends March 1, 2014 at 11:59pm EST. Open to US and Canada residents only. Must be at least 18 years old to be eligible. Void where prohibited. To enter, use the form below. Good luck!