According to inventor Bruce Burrows, iCoffee took seven years and over 1,257 prototypes to perfect. iCoffee’s patented SteamBrew™ technology makes it the first coffee brewer ever to utilize steam jets inside the coffee brew basket. The SteamBrew™ jets first pre-steam the coffee and then stir the coffee throughout the brewing process so each of the coffee grounds is completely suspended and surrounded by hot water at the perfect brewing temperature. Next, a rich coffee crema forms, indicating the elimination of bitter and acidic aftertastes. 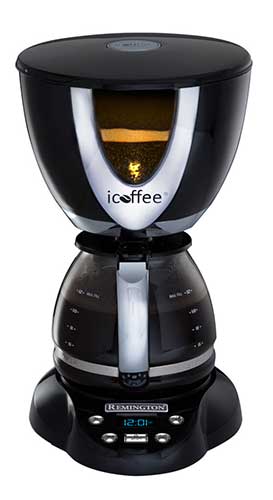 One lucky winner is going to receive an iCoffee by Remington! To enter just fill out the Rafflecopter form below. Open to the US only. Giveaway will end February 13, 2014. The winner will be notified via email and will have 48 hours to reply. Thanks again to Remington for offering this fantastic prize. 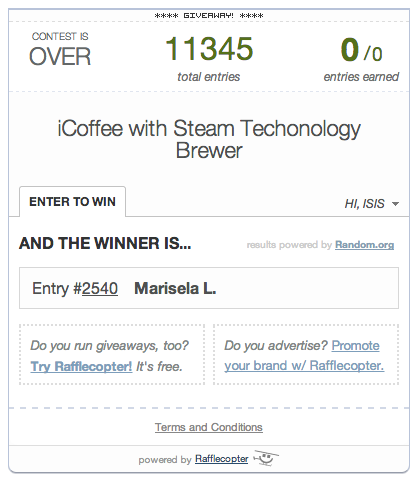