Before I entered college, I knew I wanted a course that will allow me to use my skills in my favorite subjects (Math and Computer Science) so I told my older brother that I’ll be taking up Computer Programming, Computer Engineering or Computer Science as my college course. I thought he’d be excited because that was what he majored in when he was in college. But he advised me not to take any computer courses because he can easily teach me everything he learned from his university. I believed him.

But now I think maybe I shouldn’t have. LOL! Because computer technology is something that’s ever-evolving and it would have been nice if I had stayed on top of all those developments. Now since I know that the future generations will see technology far greater than we we’re seeing now, I want my son to be knowledgeable (or at least be exposed) to these things. And I think Play-i has come up with the perfect product to open a world of possibilities for kids even at a young age. 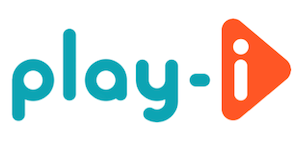 Play-i, a Silicon Valley-based company company, is building robots for children to program!

They are making computer programming fun and accessible for children as young as 5 years old. Yes! 5 years old! And since children are starting to use technology at a younger age, it’s only a matter of time before technology like these Play-i robots are introduced to the general market. So let me introduce to you, Bo and Yana.

Bo is an explorer. Bo is playful and curious. Bo loves going on adventures and making new friends. As you play together, Bo learns new skills and becomes a more capable robot. Together, there’s no stopping where you and Bo can go.

Yana is a storyteller. Yana is clever, imaginative and full of dreams. Yana can surprise and entertain you by bringing characters to life as you play! Use the power of your imagination to unlock Yana’s potential.

Play-i is changing the way children relate to technology by empowering them to be creators instead of just users. Children learn the concepts behind programming in really engaging ways. They can send their robots off on quests, play robo-soccer with their friends, and even compose music. All while learning how to program.

Play-i is creating a visual programming environment for its robots on touch devices for kids.

It meets children at their level of cognitive ability and motor skills, starting as early as age five. Unlike other programming languages where children are first taught the syntax, Play-i focuses on learning through exploration, play and discovery.

The programming interface for children requires no previous ability to read or write. The robots are playful — they can dance, play songs and even collect the toys on the floor — and can be programmed by children wirelessly using a touch device, like an iPad.

I think it’s awesome that the creators of these robots have thought of bringing programming down to the level of kids. And I’m pretty sure even adults like me can learn from using these robots!

Be sure to check out Play-i.com for more information on these robots!

Play-i robots will be available in the Summer of 2014 and are priced at $149 and $49 during their Crowdfunding campaign which ends November 26. After this date, prices will go back to $199 and $69 respectively. So make sure you make you purchase within their campaign period!