I received a Flashlight Friends sample for purposes of evaluation. Thoughts are my own. 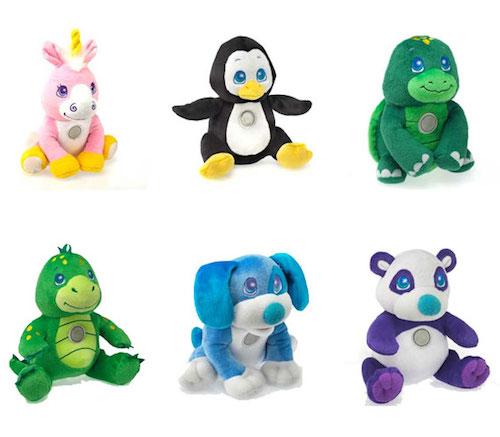 I don’t think any child loves being alone in the dark. And though our son sleeps with us in our room, he still doesn’t like it when we turn off the lights for bedtime. So we always have to have some sort of night light on. But the one that we use isn’t very bright; it just gives out a little glow so it isn’t too dark in the room. And sometimes the glow is not enough to help me see clearly and prevent me from stepping on some stuff or hitting the edge of the bed if I need to go to the bathroom in the middle of the night. So I sometimes use my phone’s flashlight so I can see where I’m going. But Flashlight Friends makes it easier for us.

Flashlight Friends are plush animals that foster comfort and security at bedtime. A cool-to-the-touch soft glow LED flashlight is built right in to its belly. Simply tap the tummy light twice to turn it on. It shuts off automatically after 20 minutes and doesn’t get hot.

There are 6 different varieties of Flashlight Friends so you can pick one that your child will like the most: Pink Unicorn, Black Penguin, Green Turtle, Green Dragon, Purple Panda, and Blue Puppy — which is what I received. 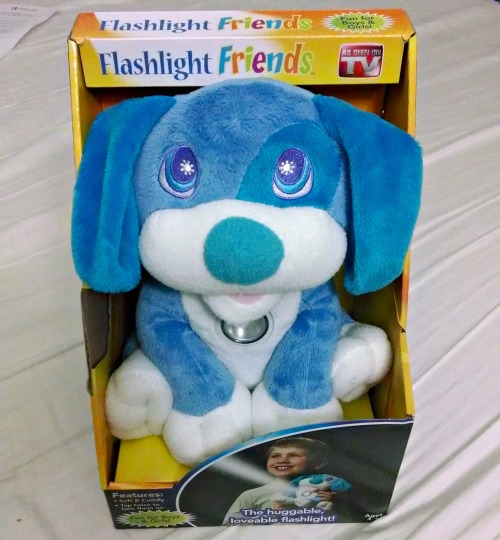 The moment I received the Blue Puppy Flashlight Friends, my son couldn’t keep his hans off of it. He begged me to take it out of the box right away so he can play with it. I actually had a hard time taking the photo of the item in the box above because my son kept on touching and taking it. So cute!

Batteries are not included in the box so it’s not operational right away, and you’ll need a screwdriver to put batteries in. But after putting batteries on it, my son was extra hooked on the light! He thinks the puppy is like Iron Man (my son is a big Avengers fan!) because of the light on its chest. 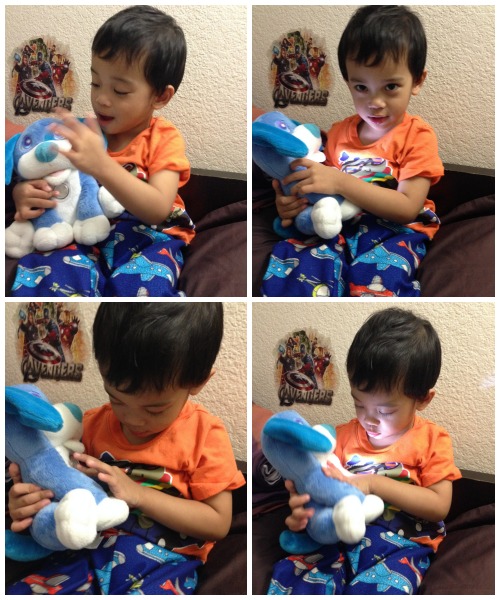 All in all, I’d say it’s a great product to give as a gift to any child (or any adult who loves plush toys and could use a flashlight) this holiday season!

BUY IT! Flashlight Friends costs $19.99 (plus $7.99 shipping & handling) and is available for purchase at FlashlightFriends.com.

Flashlight Friends and other awesome gift ideas for the holidays are featured in my 2013 Holiday Gift Guide! 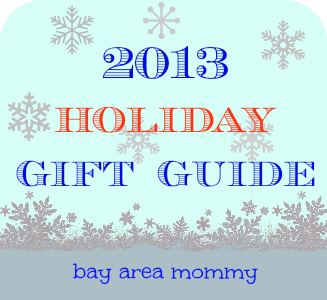