The past few days has been very hard for the Philippines. Though the government tried to prepare for the landfall of super typhoon Haiyan (Philippine name: Yolanda) on some towns and provinces in the Visayan region, many people just did not expect the strength of the typhoon and decided to stay in their homes instead of evacuating to a safer place.

Typhoon Haiyan is said to be the strongest typhoon in the planet to have made landfall this year. And because of this, almost every house and structure in the path of the typhoon was severely damaged. Casualties are estimated at up to 10,000 adults and children. And there are so many bodies on the streets because they don’t have body bags. The survivors are without food, water, medicine, and other basic needs. While relief operations are already ongoing, there are still some towns that can’t be reached because of flooding, fallen bridges and road blockage. 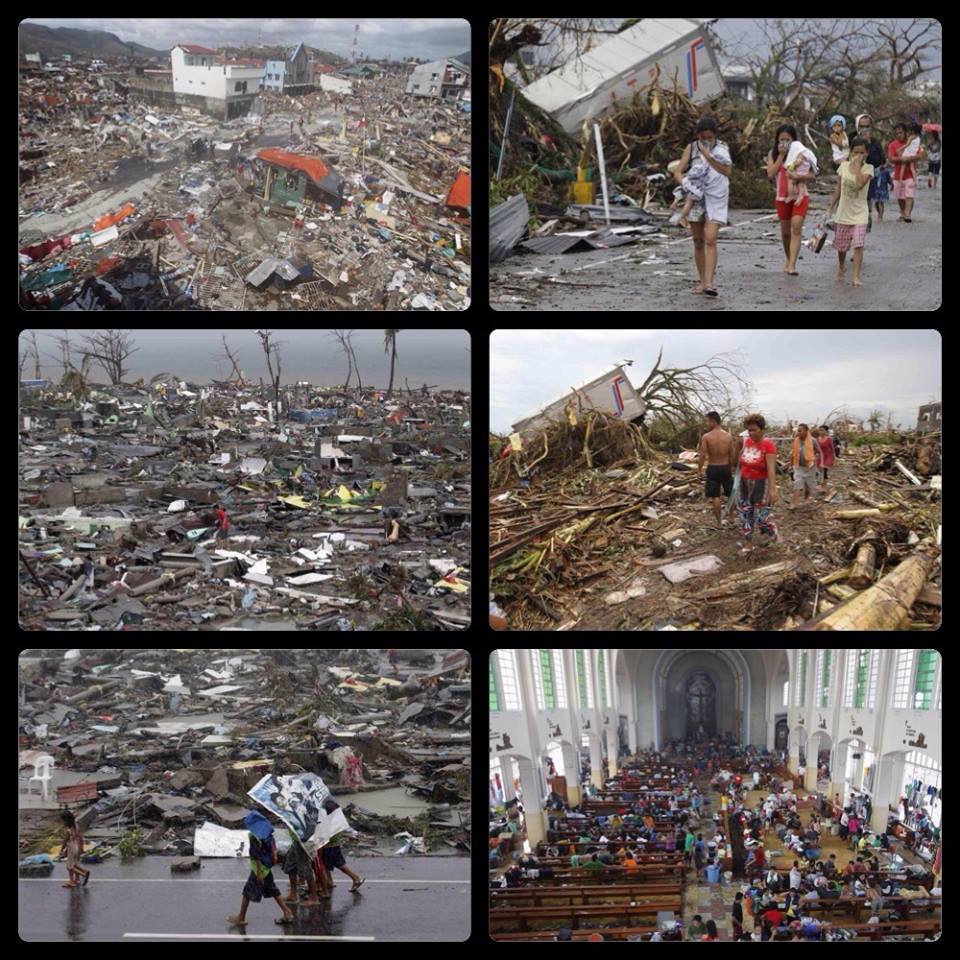 I do not own this photo. This collage appeared on my news feed as shared by a friend.

Filipino news programs show multiple videos and photos of the situation there and it’s just heartbreaking. I even saw a photo of a lifeless father holding his 2 lifeless children. So so sad.

So I ask that if you have something to give — it could be any amount — please consider making a donation.

You can easily donate by going to the official website of the Red Cross Philippines. Choose Supertyphoon Yolanda (HAIYAN) under Campaigns. The currency is in Philippine Peso ($1 is around PHP43). So a $10 donation is equal to PHP 430.

Or send me a message so I can pool the money. I will be making a donation to Red Cross Philippines and 2 other major foundations (Kapamilya Foundation and GMA Kapuso Foundation) so that the money can reach more people (since they’re doing relief operations in different areas. Feel free to email me at isis@bayareamommy.net or send money via Paypal with “Donation to the Philippines” on the notes.

I am thankful that the typhoon did not hit the area where my family and relatives are. But my heart still breaks for the people who were affected by this catastrophe. If you are unable to donate money, a prayer would be much appreciated. Thank you so much!

Here are some posts from news websites about the typhoon in case you’d like to read more about it: