I have been a Phineas and Ferb fan ever since I watched one episode in 2010. I was actually just scrolling through channels when I chanced upon it and I’ve been hooked ever since. I just love the recurring lines and the humor of the characters. I feel like it’s a cartoon that will amuse both kids and adults alike. So you can just imagine my excitement when I was given the opportunity to receive a free copy of the newest Phineas and Ferb DVD from Disney! 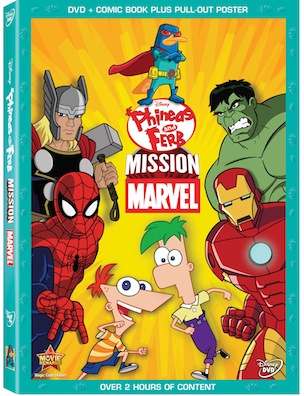 For the first time ever, Phineas and Ferb are teaming up with Marvel Super Heroes (Spider-Man, Iron Man, Thor, and Hulk)! This is a landmark animated adventure where two worlds collide! And it has been released on DVD last October 1st!

Synopsis: After Dr. Doofenshmirtz’s latest “-inator” scheme accidentally removes the powers of some very well-known Marvel Super Heroes (Spider-Man, Iron Man, Thor, and Hulk), the heroes enter the world of Danville and team up with Phineas and Ferb to relocate their powers, defeat the Marvel Super Villains (Red Skull, MODOK, Whiplash and Venom) – who have also shown up to steal Doofenshmirtz’s power-draining technology – and save Danville from ultimate destruction! 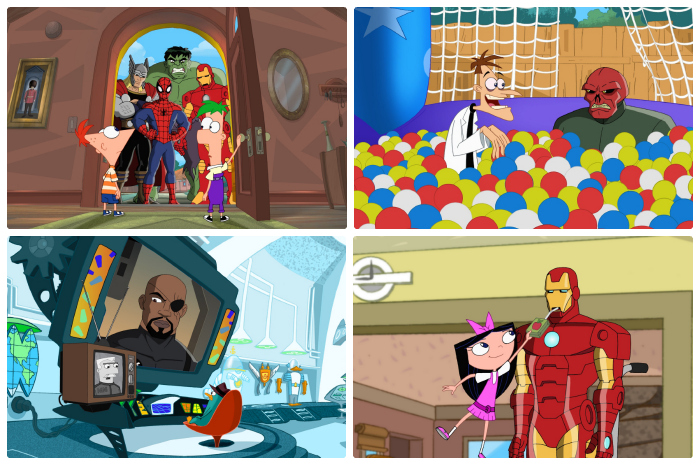 My husband, son and I watched all the episodes on the DVD, but I must admit I’ve already watched some of them on Xfinity On Demand (Phineas and Ferb fan here, remember?). We really enjoyed watching them and my son loved seeing IronMan and Spiderman together with Phineas and Ferb. He kept on saying “Wow! Aaman (Ironman)!” and “Wow! Padaman (Spiderman)!” and just “Wow!” when he sees Phineas and Ferb. Their names are still too complicated for him. LOL

My personal favorite character is Dr. Doofenshmirtz. I love how he always tells a backstory about his inators, and how he’s not such a bad guy — he’s even sometimes really nice to Agent P (Perry the Platypus). And of course, how can I not love his accent?!

Now that it’s getting really cold outside, there’s more time for us to watch more movies. Try including Phineas and Ferb: Mission Marvel in your list! It may not be your usual “movie” but it can be fun for children of all ages!