I am a Fox Home Ent Insider and will receive a BluRay/DVD copy of The Croods so I can share my thoughts.

The Croods is now available on Digital HD and will be released in BluRay/DVD on October 1! 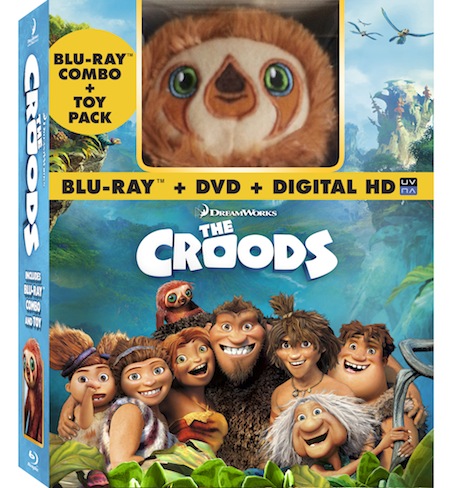 I have not yet watched the movie though I really wanted to see it when it was still in theaters. So I’m glad to be doing a review feature on it soon!

In the beginning, Grug is suspicious of Guy’s weird ideas and does not want the family to listen to his advice. Eventually, Grug starts coming up with a ton of great inventions himself! Take a look below at five of the croodaceous inventions and when and where they really became a part of our lives.

Join the Croods on the journey of a lifetime in the epic comedy-adventure that “has the magical wonder of How To Train Your Dragon” – Jake Hamilton (Fox-TV). When their cave is destroyed, the Croods set out to explore a spectacular landscape filled with fantastic creatures, strange surprises…and a whole new world of adventure!

Here are a few inventions from The Croods! 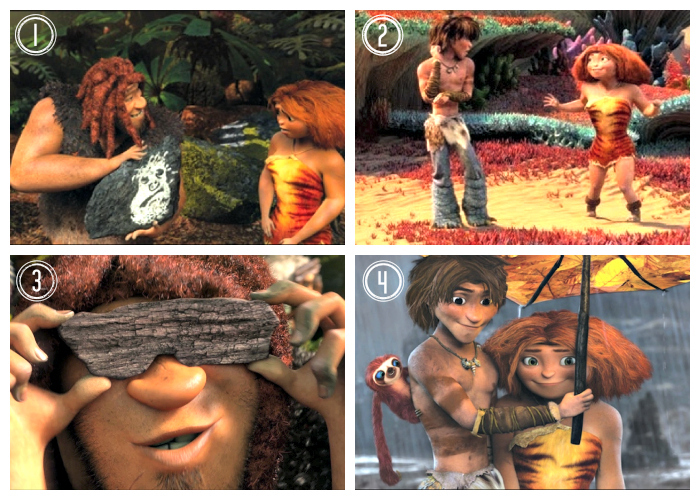 1. The Snapshot. During their journey, Grug has the fantastic idea of leaving your mark behind with a snapshot. The first photograph was taken in the early 1820s.  A French man named Joseph Nicephore Niépce used a camera obscura to create an image of an engraving. The process was very complicated and took eight hours of exposure to light to create!

2. Shoes. After putting on her first pair of boots, Eep enthusiastically exclaimed, “I love them!” Who can blame her? Imagine a life having to walk around without shoes on a daily basis. Though Guy comes up with the idea in The Croods, the original shoe dates back to approximately 7,000 or 8,000 BC. Originally, most shoes were in the style of a sandal and could be created from whatever material was available to the people (such as cow hide).

3. Sunglasses. Grug’s original shades were certainly stylish and would definitely protect your eyes from the sun’s rays, but they were a little impractical because you could not see through them.  In the prehistoric era, Inuit people created ivory goggles to protect their eyes from the sun with narrow slits for viewing. A man named James Ayscough developed the original tinted lenses for glasses in the mid-18th century. These lenses typically had a blue or green tint.

4. The Umbrella. Guy helps protect Eep from the downpour with his own version of an umbrella, created with leaves and sticks in The Croods. Umbrellas or parasols can be seen in ancient sculptures and drawings. However, not everyone was able to have their own umbrella during these times. For instance, in sculptures from Ninevah, the only person ever shown with a parasol is the monarch.

And here are some “The Croods” activity sheets/printables for your kid/s!

Just click on the image to open a full-sized sheet that you can print. 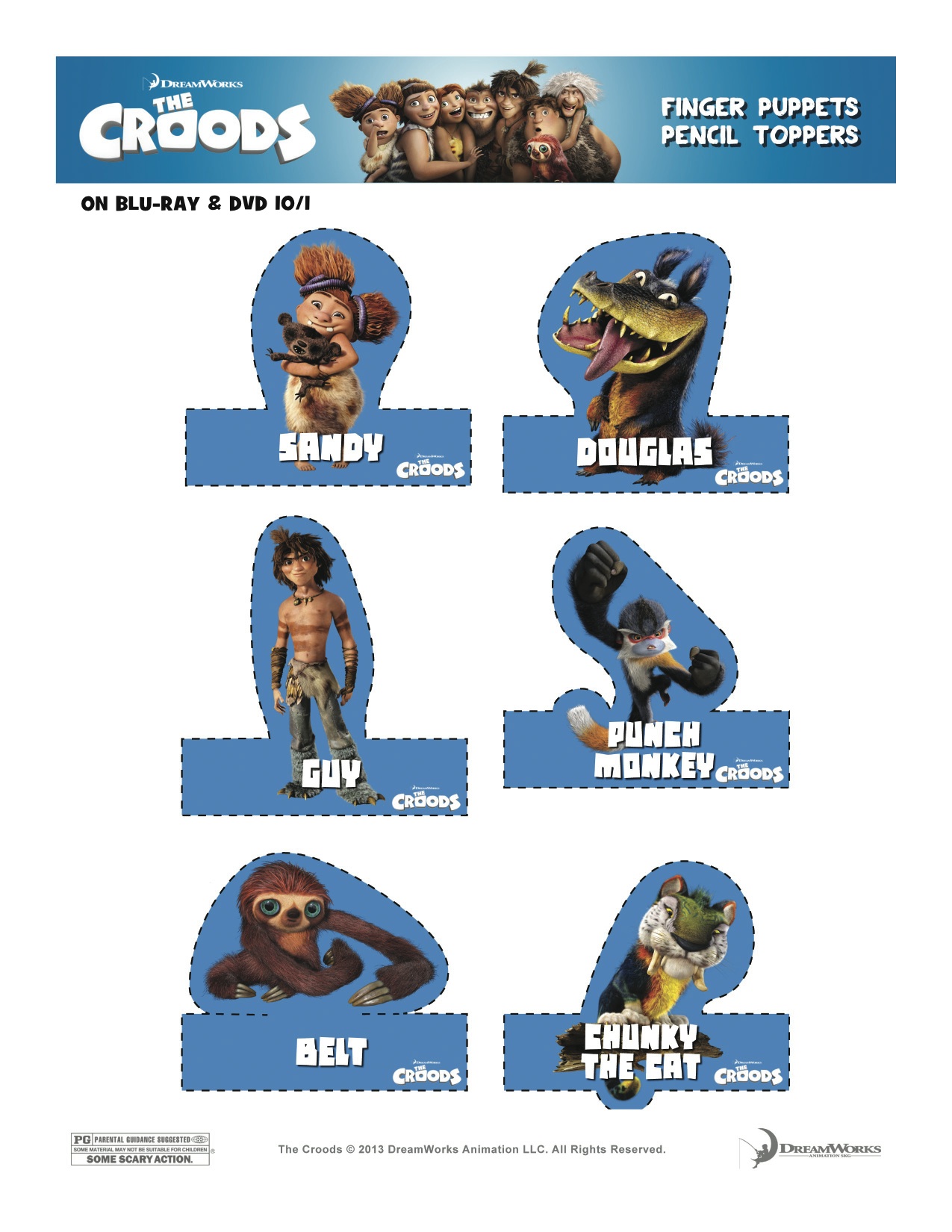 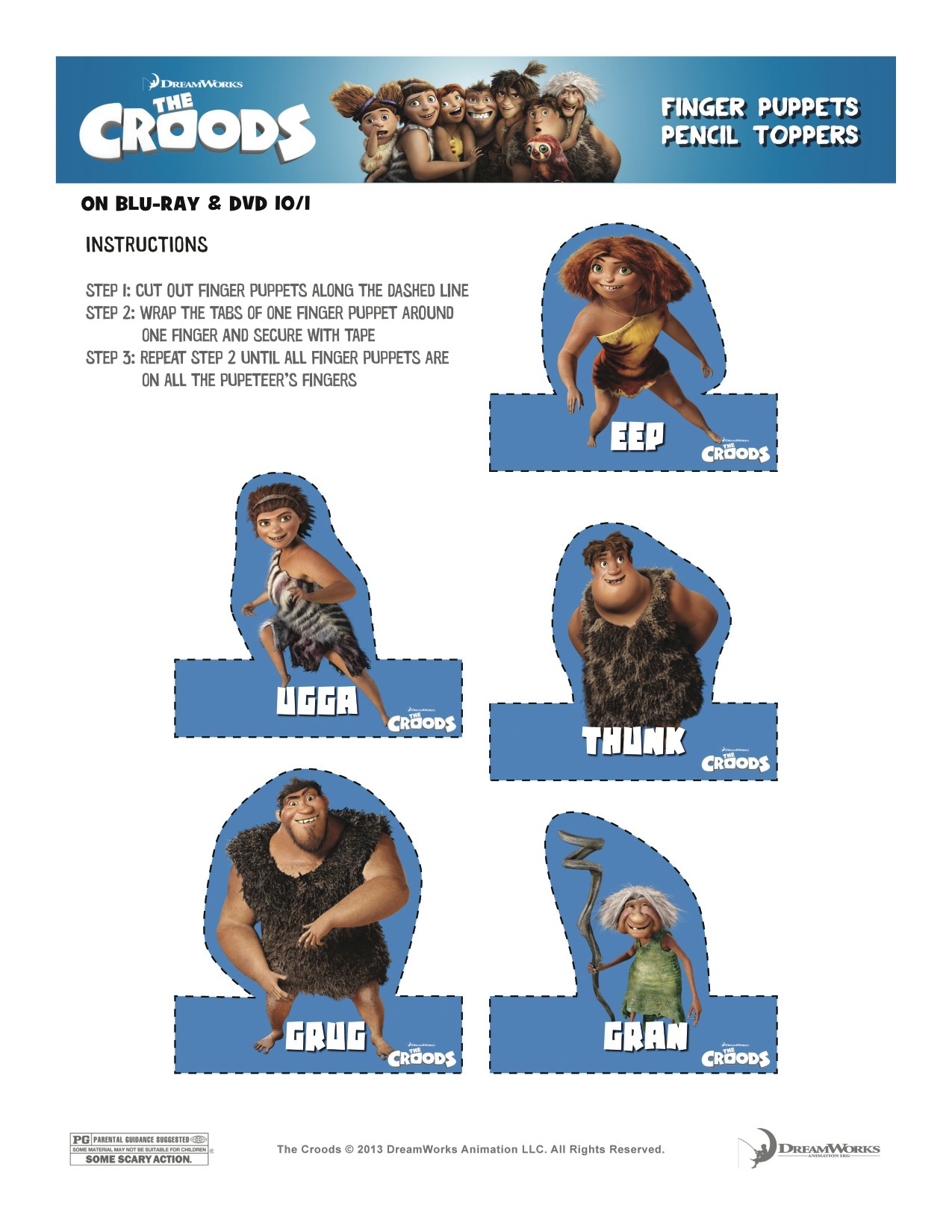 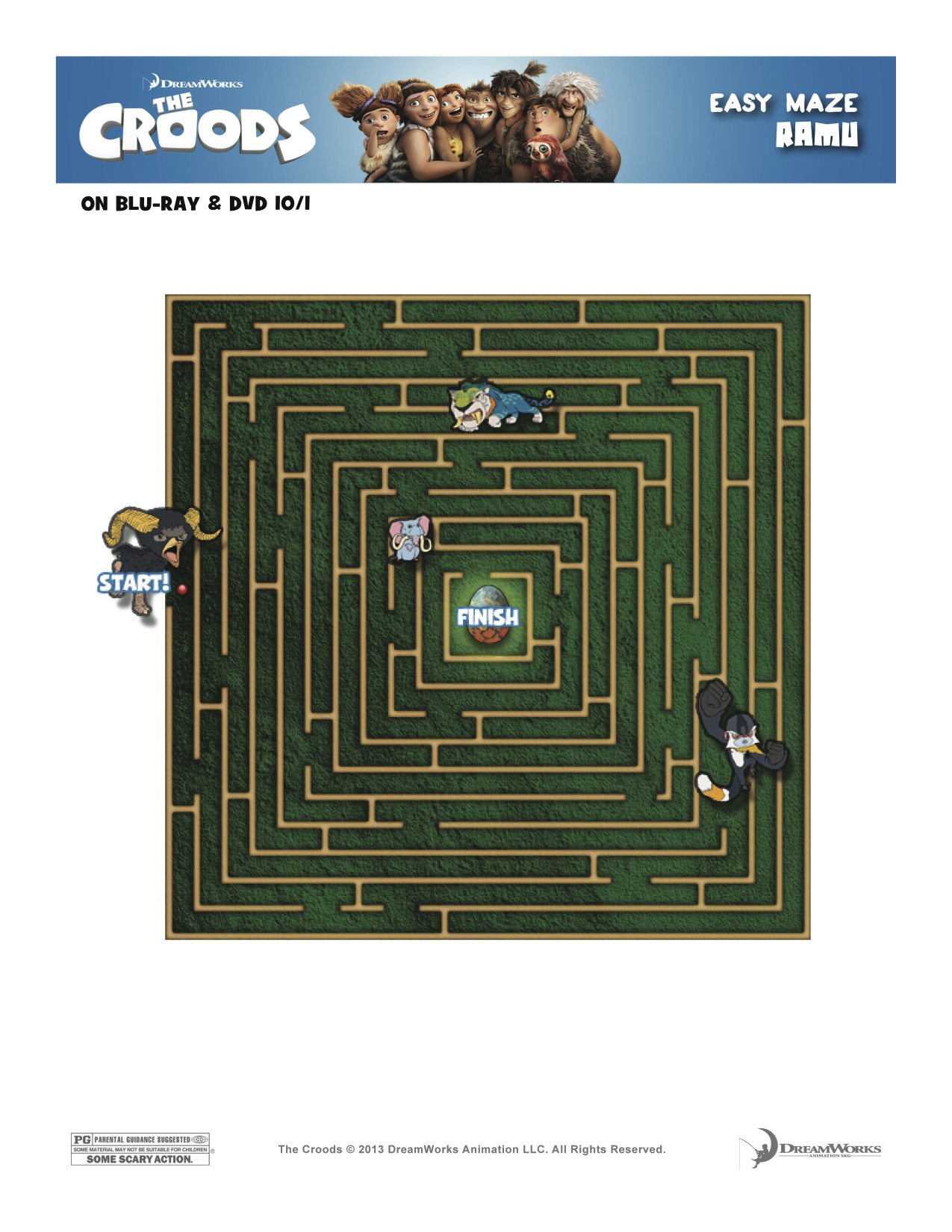 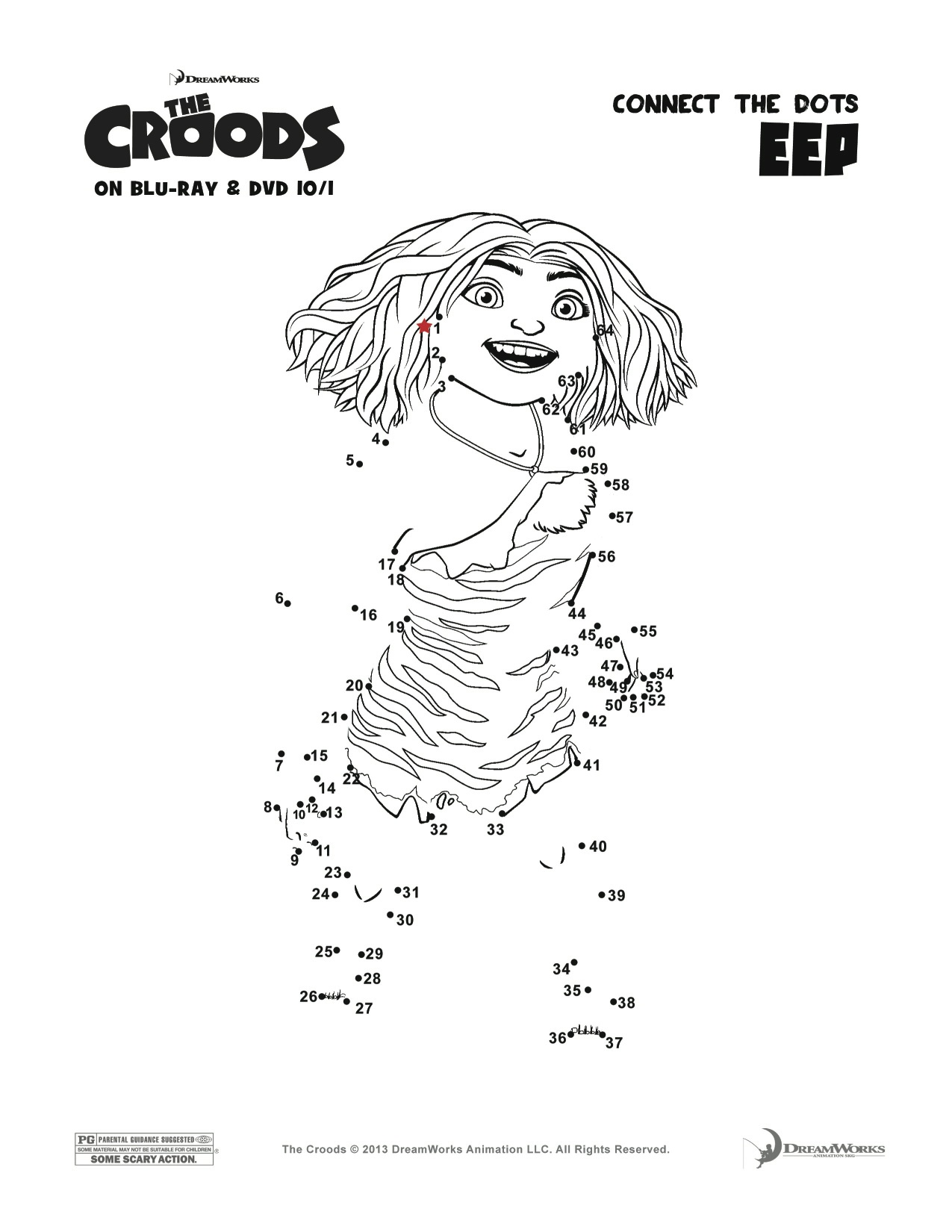 Enter to win “The Croods” on BluRay/DVD and a belt plush!

Open to the US and Canada. Entrants must be at least 18 years old to enter. Ends October 4, 2013. No purchase necessary. Void where prohibited. To enter, use the form below. Good luck!

I am a Fox Home Entertainment Insider and regularly receive DVDs so I can share my thoughts.