Do you have a child who loves Disney Junior?? Then check this out! Imagination Movers has released a new album entitled “Back In Blue”! 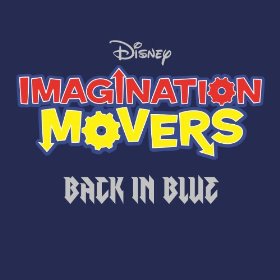 This album contains songs from Season 3 Imagination Movers (last year) from the Disney Channel. That’s 26 songs total! The album will only be available on iTunes and Amazon. Produced by Walt Disney Records and Blue Suit Music. Songs written by Imagination Movers.

If your kid is a bigDisney Junior/Imagination movers fan, go ahead and download the album now!

*I am sharing this information on behalf of Entertainment New Media Network. I was not compensated for this post but the Amazon link is my affiliate link.