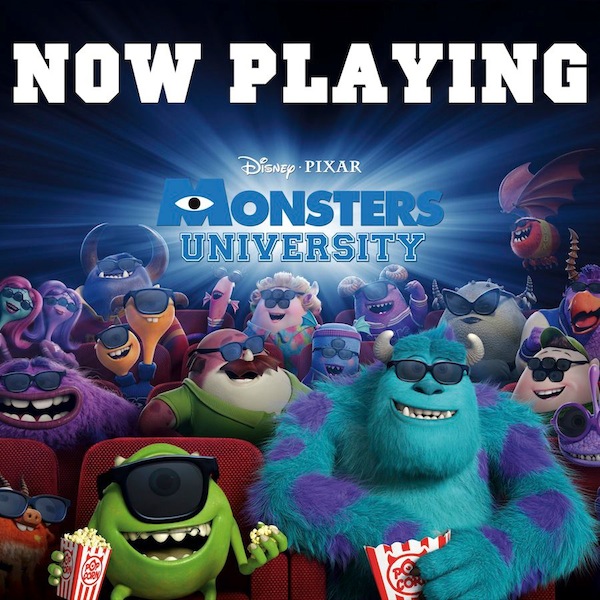 Monsters University is the most enjoyable animated film that I have seen so far this year!

The voice-over actors brought Monsters University to life with such an outstanding performance. I felt an emotional connection from the beginning to end since most of the situations actually happen in real life. James Sullivan is free spirited, he likes to hang out with the “in” kids, and he always wants to be in the limelight. Mike’s character is inspiring. He is focused, never loses sight of his goals, and believes  perseverance and hard work will take him to the top.

With so many laugh-out-loud scenes, Monsters University totally lives up to expectations! Don’t miss out on it!!!

Ever since college-bound Mike Wazowski (voice of Billy Crystal) was a little monster, he has dreamed of becoming a Scarer—and he knows better than anyone that the best Scarers come from Monsters University (MU). But during his first semester at MU, Mike’s plans are derailed when he crosses paths with hotshot James P. Sullivan, “Sulley” (voice of John Goodman), a natural-born Scarer.  The pair’s out-of-control competitive spirit gets them both kicked out of the University’s elite Scare Program. To make matters worse, they realize they will have to work together, along with an odd bunch of misfit monsters, if they ever hope to make things right.

Screaming with laughter and oozing with heart, Disney•Pixar’s “Monsters University” is directed by Dan Scanlon (“Cars,” “Mater and the Ghostlight,” “Tracy”), produced by Kori Rae (“Up,” “The Incredibles,” “Monsters, Inc.”) and features music from Rock and Roll Hall of Fame inductee and award-winning composer Randy Newman  (“Monsters, Inc.,” “Toy Story 3”). The film opens in U.S. theaters on June 21, 2013, and will be shown in 3D in select theaters.

Mike Wazowski’s (voice of Billy Crystal) lifelong dreams of becoming a Scarer are derailed during his first semester at Monsters University when he crosses paths with hotshot James P. Sullivan, “Sulley” (voice of John Goodman), and their out-of-control competitive spirit gets them both kicked out of the University’s elite Scare Program. 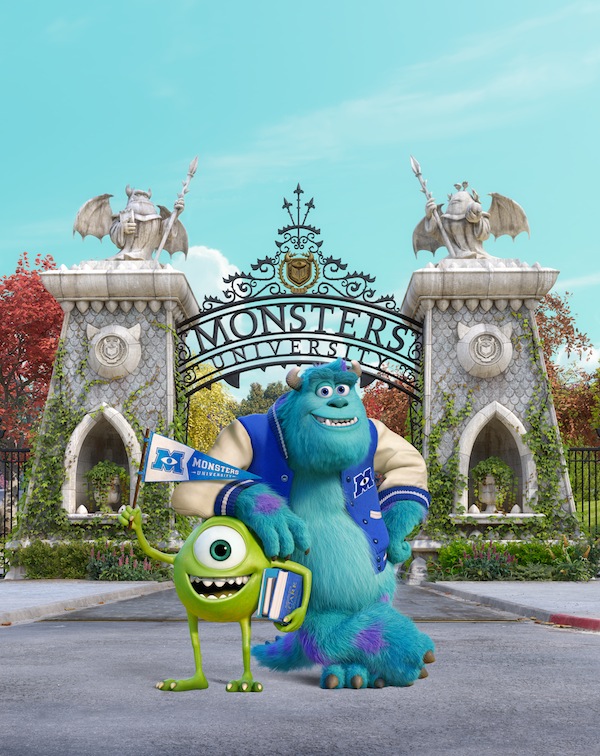 Bay Area Mommy received media passes to the advanced screening of Monsters University. No monetary compensation was received. Thoughts are my own. See my Disclosure Policy.