Before I got married and moved to California, one of the main ministries I had at my church back then was discipling young people — most of whom would open up to me about their struggles and failures in life. I remember saying one line so often: You are not defined by your mistakes. And when I heard this on the “King’s Faith” movie, I could not agree more.

King’s Faith is about 18-year old Brendan King who just got on parole after being in prison for 3 years for drug dealing.

He found Christ while in prison after being given a Bible — the only book that he was allowed to read during that time. And now that he’s out, he tries to leave his past behind and live out his newfound faith and family. Problem is, it’s not that easy. His past continues to haunt him and even threatens the life of his new family and friends. So he takes matters into his own hands.

I rarely get to watch christian movies so when I was presented with the opportunity to review King’s Faith, I jumped at the chance.

Why? Because I know that there will always be an edifying moment in that movie for every Christian who may be watching it. And this movie did not fail me in my expectations.

For me, this movie reminds us that everyone makes mistakes but that we can’t let our lives fall apart because of those mistakes. Yes, the situation may be too much for us to handle on our own but, as Mr. Stubbs in the movie tells Brendan, the battle is not of flesh and blood. We just need to stand firm in our faith and let God move. Of course, the outcome may not always be exactly what we expect because God’s thoughts are higher than our thoughts.

This movie doesn’t only cater to youth groups. It is a movie for people who make mistakes as well as the people dealing with them. It challenges Christians to show love and compassion to those who have made mistakes. And it encourages us to stand firm in our faith when we do make mistakes and the enemy makes it difficult to rise above it.

KING’S FAITH stars Emmy Award winning actress Lynn Whitfield (Eve’s Bayou, The Women of Brewster Place), Crawford Wilson (Judging Amy, Zoey 101), Kayla Compton (Entourage), and James McDaniel (Malcolm X, NYPD Blue). You may check out King’s Faith on Twitter (@KingsFaith), Facebook and on their official website (KingsFaith.com). The movie also tackles the issue of foster parenting for older teens and shows that even older kids in foster care need love and guidance before they age out of the system.

Even with the christian nature of the film, it doesn’t look preachy at all. Though that may just be me since I’m used to “preachy” stuff. 🙂 Here’s the official trailer of the movie. 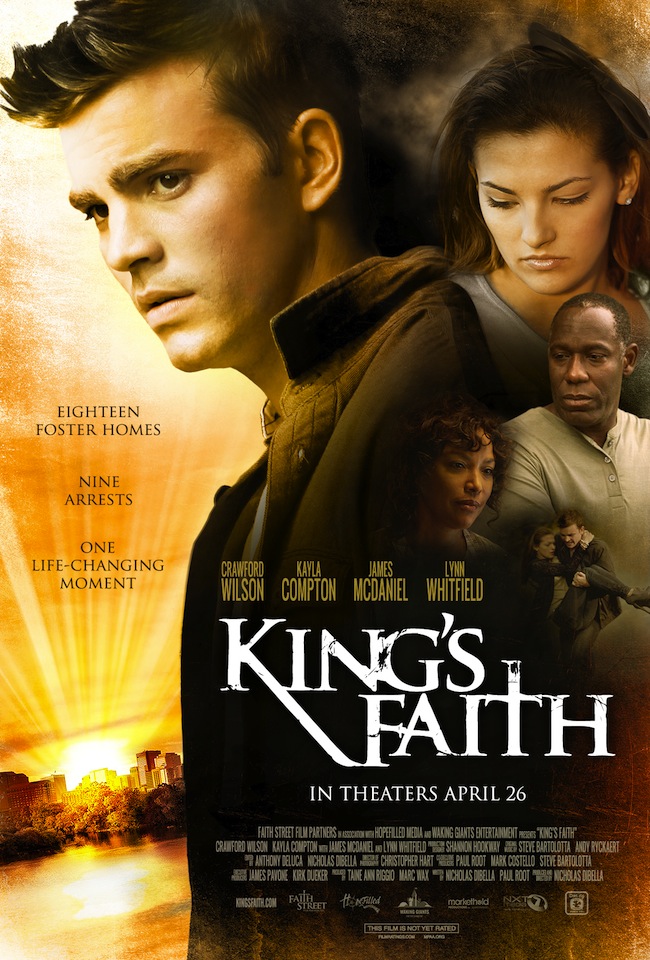 *Disclosure: This review opportunity is presented by Mami Innovative Media and on behalf of the film, King’s Faith. However, all opinions expressed are my own. See my Disclosure Policy.