My little boy gets easily bored when we’re in the car — especially when we’re at a stop. He just always wants the car to continuously move. And so I’m always on the look out for anything that may entertain him while we’re in the car.

I found these really cool toddler car seats that may just do the job!

My son really loves Spongebob, not because he always watches the show, but because our nightlight is of a moon-shaped Spongebob face. He also has a couple of Spongebob clothes that he wants to always wear. So I think he’ll absolutely love the Spongebob car seat. My sister also showed me a reclining kids car seat and it looked great. The appearance doesn’t really matter, as long as it keeps my kids safe!! My friend recently got her kids some new car seats and she told me how much they love them. She has a 1950 ford f1 which is a beautiful car but I’m not sure it’s very spacious for the kids!

I did see though that they also have a Batman car seat and it looks really nice! I think anyone who loves superheroes would love that car seat too! 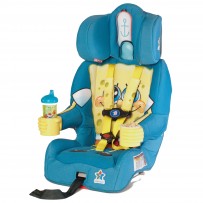 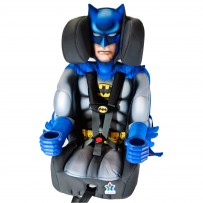 This Batman toddler car seat fits little ones from 22 to 65 pounds.

It converts into a booster seat for kids from 30 through 100 pounds. It has a 5-point harness which makes it very safe for toddlers. It can be reclined to 2 different positions and has a wrap-around head rest.

The cover for these car seats are removable and washable so it looks like I won’t need to worry about my son dropping his snacks on it. And I think it’s cool that the cup holders are designed like they were the hands of the characters. What looks even more enticing for the Batman car seat is that it has a blue cape for when he’s cold or when he just really wants to play like he’s Batman. Hmm.. I might be more excited about this car seat than my little one! LOL

Yes, I might have just found the perfect second car seat (because we already have one in our main car) for my son.

We would probably place this one in our main car and use the boring gray car seat we currently have in our other car which we don’t really use that much.