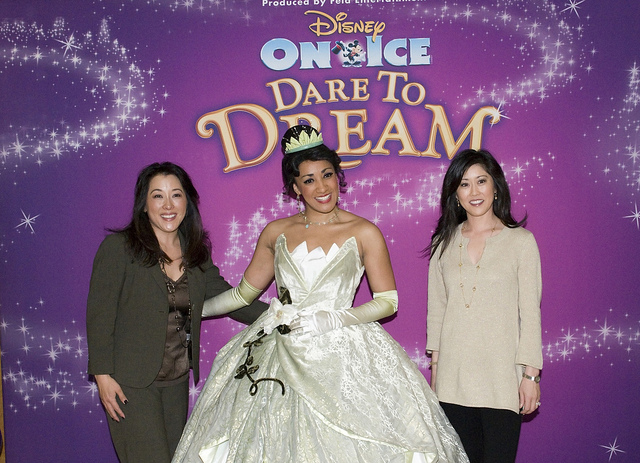 Disney On Ice has partnered with Kristi Yamaguchi’s Always Dream Foundation. Together, both groups did an event to promote literacy to underserved children in Oakland! Olympic Gold Medalist Kristi Yamaguchi, Disney On Ice skaters, and the Always Dream Foundation had a surprise party for 70 children from the Fred T. Korematsu Discovery Academy in Oakland. Yamaguchi did a special book reading and there was even a surprise appearance by Princess Tiana from Disney On Ice presents Dare to Dream. 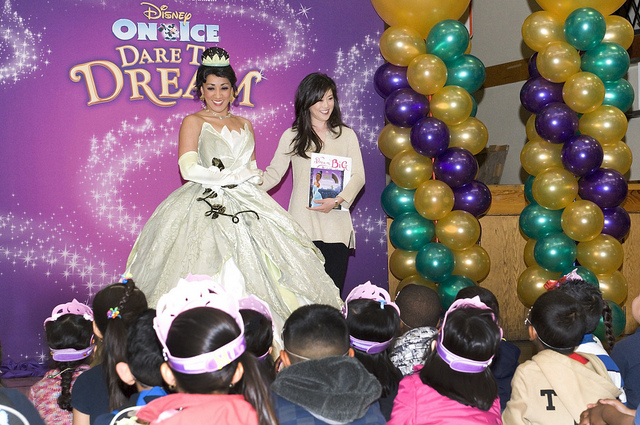 The Always Dream Foundation champions the cause of early childhood literacy, and to further encourage this, Yamaguchi hosted a special book reading and then presented each child with their own copy of “The Princess and the Frog” book, followed by a very special surprise appearance by Princess Tiana to meet the children. All the kids in attendance also received 2 complimentary tickets to see Disney On Ice presents Dare to Dream during its Oakland run. 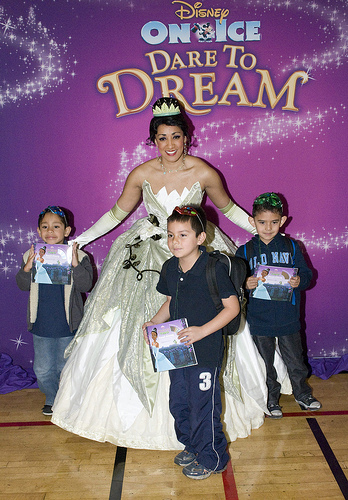