I have lately been really smitten by cloth diapers. I love the fact that with cloth diapers, we get to save so much money and help our environment while doing it. And I also love the many styles and prints that are available to cloth diapering moms.

One brand that I had the opportunity to try out was Glow Bug Cloth Diapers.

Glow Bug Diapers was founded by two moms (Neta and Sarah) who met at a prenatal yoga class and were on the search for their ideal cloth diaper. Not finding what they were looking for in the brands that were already available, they decided to create their ideal diaper — cloth diapers with amazing quality but at a very affordable price. 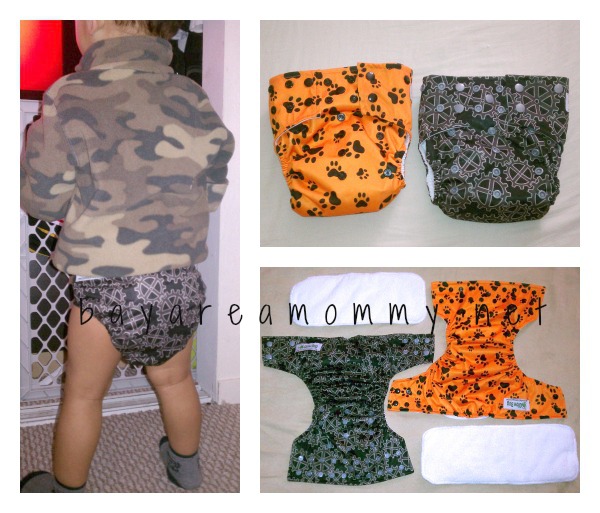 I received 2 diapers from the Boy Package of Glow Bug Diapers. The first one had the Gear print (the gray one) and the second one had the Paws print (the orange one).

The outer and inner fabric of the diaper were both very soft to the touch so comfort is something they apparently took into consideration when they were designing their diapers. It had double gussets — which I love — to help prevent leaks in the same way as disposable diapers.

As you can see in the photos below, there are openings on both the front and back side of the diaper, making it very easy and convenient for parents who may be used to putting inserts inside as well as taking out the inserts. With the openings, you don’t even actually have to take the inserts out because the agitation during the wash cycle is strong enough for the insert to come out by itself. 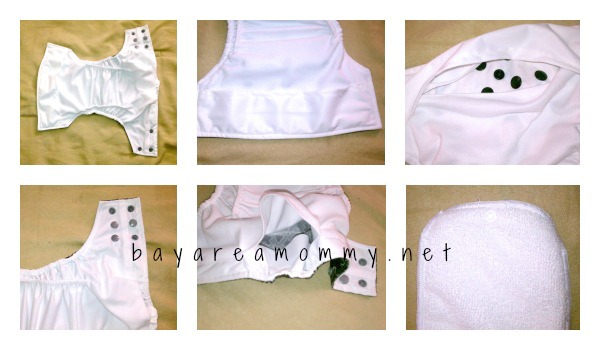 The microfiber insert has a snap that connects to the snap on the front side of the diaper. This helps ensure that the insert doesn’t go out of its place especially when baby is super hyper!

BUY IT!
Glow Bug Diapers are available in packages on the Glow Bug website for as low as $75 CAD.

WIN IT!
Get a chance to win 2 Glow Bug Diapers (your choice of girl/boy/neutral). Enter using the form below. Ends January 21, 2013. Open to US & Canada only.