First let me greet you a belated Merry Christmas! I was experiencing the magic of Disney and Southern Cali and I didn’t go online that much during that time so I was unable to greet you all then. But I hope you were able to spend some quality time with your family!

But our time in SoCal was amazing! We spent 2 days in Universal Studios Hollywood and a day in Disney land and California Adventure. It was my first time to go to these theme parks during the Christmas season so I was amazed by the extra shows. I particularly enjoyed the parade at Disneyland. 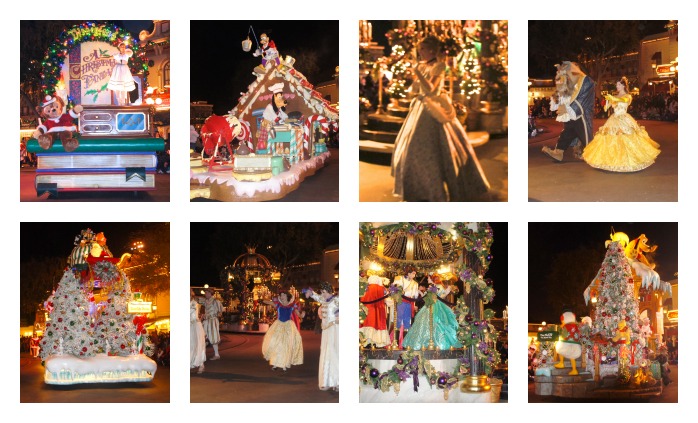 I’ve always loved princess movies and I think the same is true for almost every girl. I love them so much that I try to get the collector’s editions at the Disney Movie Club which I’m a member of. So I got extra excited when I saw the Disney princesses’ float! It was amazing to see Snow White, Cinderella, Ariel, Belle and their princes! I loved how the ladies that portrayed the characters really looked like they were the real princesses. I’m such a little girl! LOL

But more than the Disney and Universal Studios stuff that we saw and experienced in SoCal, what I really enjoyed was the time I spent with my husband, my son and the rest of my family. I guess I enjoyed too much that I was crying in the van on our way home — but that was mainly because I said goodbye to my older sister who I haven’t seen in years! And since she’s based outside the US, it would probably take another few years for us to see each other again. It’s just really hard for me to say goodbye to people that are important to me — even if it’s just temporary.

Anyway, I hope you all get to have a moment to think about the year that has just passed and to perhaps count your blessings — even the small ones. I pray for a blessed 2013 for all of you!

This sponsored post was made possible by SheHeard. I have been compensated for my time and work on this campaign, however all thoughts and opinions are 100% my own.